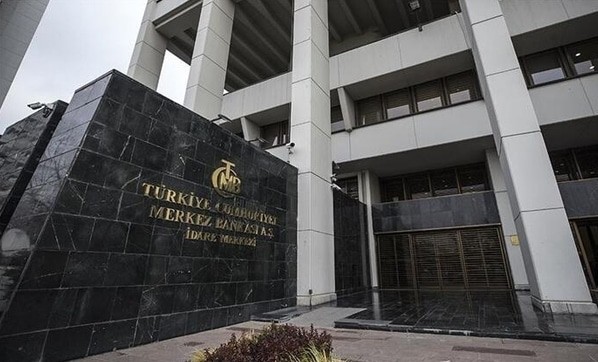 From the perspective of a monetary economist, inflation is always the first item that should be addressed on the way to sustainable growth. Hence my unduly emphasis on price stability.

Despite all the tragedy and loss, perhaps one of the few gains in 2020 was to bring the abstract notion of price stability down to earth by illustrating how inflation interferes with policy-making and deteriorates the quality of our lives.

When the pandemic hit in March,  Turkey was already at the limits of accommodative monetary policy with a policy rate that was equal to the inflation rate at 12 percent.  The reckless policies that were adopted to stimulate growth for the last three years had left almost no room for further accommodation when the pandemic took a toll on the economy.

The government’s response to the pandemic was to introduce a fiscal stimulus program that relied on credit growth.  CBRT complemented this program with further rate cuts and large scale asset purchases (or QE). The purpose of QE was to provide funding for the stimulus program and inject sufficient liquidity into the system to prevent interruptions in the flow of credit.

During times of recession, an accommodative policy is the expected course of action. Most central banks around the world followed this course to offset the adverse impacts of the pandemic on economic growth. In that respect, CBRT’s response was no different from the rest of the world. What was different, however, was the vulnerabilities that we had inherited from the period before the pandemic, which limited our policy space.

Soon after the first quarter of 2020, the policy rate was reduced to single digits while the inflation rate still hovered around double digits. The way monetary policy works is that a rate cut by the central bank lowers the funding costs for the banking system. In turn, banks transmit these lower rates onto their deposit and loan rates.

At this point, a sensible central bank needs to acknowledge the adverse effects of dollarization and ensure that it does not interfere with the free market mechanism regarding the pricing of deposits and loans.  Policy accomodation should be provided by alternative means, primarily through fiscal policy.

Indeed, when the rate cuts backfire due to dollarization, reverting to a tighter policy stance to prevent dollarization usually does the trick. Stronger currency reduces inflationary pressures. Combined with a reduction in the risk premium, market interest rates decline. This is what we call “expansionary contraction”: Even though the policy rate is increased, market interest rates decline, consistent with expansionary policy.

Instead, Turkey chose an alternate path and adopted a rather unusual policy mix that relied on selling Central Bank’s foreign exchange reserves to offset the depreciation in TL and adopting “macroprudential” measures that introduced heavy penalties for the banks who did not lend.

Rather than being “prudential”, these measures actually increased the risk exposure of the banking system. Different from the negative interest rate policies of the ECB, the penalties implied by the so-called “asset ratio” were far more severe. Furthermore,  deposit rates in the euro area respected the zero lower bound and did not cause a flight from the local currency. In contrast, the real deposit rates in Turkey were lowered deeper into the negative territory through financial repression. Credit growth reached unprecedented levels which further increased demand for USD and weakened the TL.

Unfortunately, the less-traveled path taken by the policymakers made all the difference for the worse.  The journey into this adventurous and unsustainable path increased Turkey’s risk premium as CBRT reserves diminished.  Local demand for USD, coupled with capital outflows made it even more difficult to contain the value of TL. Eventually, when there was simply no more room to move forward, Turkey threw in the towel and switched to a tighter policy stance.

Expectations from the new team

The new economic team seems to be aware of the damage that is done and took steps to reverse the policy measures that were put into practice during the previous administration. Unfortunately, the damage is done. It will take a long while for CBRT to accumulate over 120 billion USD reserves that were depleted during that time.

Price stability is once again emphasized as the priority of the new economic team. However, the markets are skeptical because price stability was always a priority on paper, even during the earlier administration.  Even then, the exchange rate has been the deciding factor behind rate hikes.

What will be different at this time? CBRT governors have all emphasized inflation targeting as the ultimate goal, which is indeed the sole mission of CBRT by law. Nevertheless, it is not clear if CBRT will be able to implement an independent monetary policy to achieve price stability at this time around. Will CBRT adopt a tighter policy stance until inflation expectations approach the 5 percent target or will it rather consider rate cuts in order to lower the inflation rate, to flatter President Erdogan’s view that interest rate is the cause of inflation?

2021 will be another year full of uncertainties on the policy front. The markets will be watching the signals from the government rather closely to see if there is a permanent shift in policy stance. If so, we can take comfort in the fact that despite all the adverse effects on the economy, 2020 taught an invaluable lesson in policymaking.

If that’s not the case and Turkey considers premature rate cuts once the financial conditions seem to stabilize, then I am afraid it would be a major threat to macroeconomic stability. With the mounting private sector debt and the drag of the pandemic that will likely continue well into 2021, any mistake on the policy front can quickly escalate the tension in financial markets. 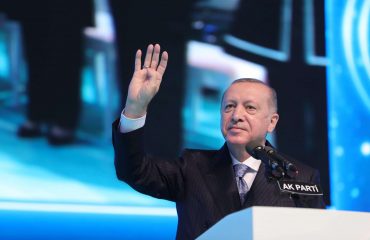 Turkey-Egypt ties: End to ‘my way or the highway policy?’