Up until the last few days, the prospect of an early election was nothing but a question that foreign investors asked to gauge the situation in Turkey. After considering that it would be a risk big risk for Turkish President Tayyip Erdoğan to launch a snap election in the economy’s current state, they were ruling such a possibility for Turkey out of their speculation agenda until the U.S. Presidential elections in November 2020, i.e. the end of the next year.
However, as of the beginning of the week, the issue suddenly rose to the top of the political agenda. Moreover, this time, it wasn’t the “usual suspect” that brought up the early elections. The main responsible for early elections or referendums, for the last 20 years, has been the Nationalist Movement Party (MHP) leader Devlet Bahçeli. Whenever Bahçeli asked for the ballot box, he got what he wanted.
Three of the elections he demanded had crucial outcomes:
1- The early election of November 3, 2002, which brought Erdoğan’s Justice and Development Party (AKP) to power;
2- The early election of November 1, 2015, which made up for AKP’s loss of parliamentary majority in the previous elections on June 7, 2015;
3- The referendum on April 16, 2017, which saved President Tayyip Erdoğan the trouble to deal a vote of confidence, meaning parliamentary majority, and the hassle of having the share his powers with the Prime Minister, and gave him full executive power.
This time, it wasn’t Bahçeli who demanded the early elections. It came from the Kurdish-problem-focused Peoples’ Democratic Party (HDP) and the centre-right Good Party (GP), seperately. They demanded it on November 20, a day after Bahçeli walked into Parliament for the first time since his long period of illness; Erdoğan had also paid him a backstage visit that day.

This time it’s the HDP, not the MHP

Lütfü Türkkan, who expressed the demand for early elections on the part of Good Party, made an unlikely proposal: if Erdoğan should accept to pass from the Presidential Government System (the PGS – which GP leader Meral Akşener had mocked saying “what was that?”), and go back to the parliamentary system, there will form an election coalition between GP and AKP, Erdoğan will dedicate 5 line ministries for GP and the parties will face the early election under these circumstances. Though Erdoğan had expressed just a day prior that the biggest achievement of the AKP was the system he coined the PGS, for achieving a level of power concentration that even the standard Presidential System did not provide the ruler. And it indeed looked like the GP spokesperson was deliberately proposing the impossible through political sarcasm.
The HDP’s proposal drew more attention; the party’s co-chairs Pervin Buldan and Sezai Temelli “challenged” Erdoğan directly to an early election. That was the actual surprise. Because even though the HDP had won 5 provinces, 45 townships and 12 district municipalities in the 31 March local elections; the Ministry of Interior had dismissed 20 HDP mayors from offices, replacing them with government trustees – without any court ruling. 14 of the deposed elected mayors were later on arrested for having links with the outlawed Kurdistan Workers’ Party (PKK).
It was assumed by Erdoğan’s Justice and Development Party (AKP) government that those arrests would weaken the HDP. A strident group from within the party brought up the option of withdrawing from Parliament, hoping to benefit from the international exposure that the Peace Spring operation provided for the YPG. But, the HDP chairs were far from withdrawing from Parliament, sticking with the democratic methods and requesting an early election instead. This means that the HDP believes AKP’s alliance with the MHP, which seems to be verging on a permanent one and changing AKP’s discourse, is giving then upper hand not to AKP but the HDP.
Especially at a time when AKP’s former PM Ahmet Davutoğlu and former economy captain Ali Babacan are hastening their separate new party preparations and AKP is facing numerous resignations or forced resignations.
On the same day as the HDP, Felicity Party’s (FP) Temel Karamollaoğlu mentioned that, if not in 2020, then an early election must take place in 2021.
That had set all eyes on the main opposition party, the centre-lef Republican People’s Party (CHP) leader Kemal Kılıçdaroğlu.

It was under these conditions that Kılıçdaroğlu appeared as an on-air guest, on the morning of November 21, on Fox TV-Turkey, which is currently the most popular channel in Turkey. The first question, naturally, was about the early election.
Kılıçdaroğlu formerly had said that he was not for an early election, despite his broad-front cooperation with Akşener defeating the AKP- the MHP bloc notably in big cities like İstanbul, Ankara, Adana and Antalya. He answered the questions regarding this issue dismissively, saying “father and son-in-law say they will fix the economy, so let them”, implying President Erdoğan and his son-in-law berat Albayrak, the Treasury and Finance Minister. Kılıçdaroğlu had also claimed that the people were tired of the elections and the main problem was the economy.
This time though, he answered by throwing the ball into Erdoğan’s court. If the situation was that one man was making every single decision in Turkey and that this man was Erdoğan, Kılıçdaroğlu said, then if he should reach an agreement with Bahçeli and bring the matter to Parliament, the CHP would say “yes” to an early election. He said the CHP was ready for the election even if it took place the next day. Kılıçdaroğlu also said that the HDP request for an early election was rightful, seeing as their mayors had been arrested; but the CHP was not the party requesting the election and would only accept if Erdoğan was to bring it to Parliament. According to Kılıçdaroğlu, Erdoğan had to see that the PGS, (he also mocked, like Akşener that PGS was a made up expression, was no good for the country.
The early election ball was thrown into Erdoğan’s court without Bahçeli’s intervention.

Erdoğan is facing a dilemma…
If he accepts the early election, he will have done so due to the pressure coming from the opposition. And the pressure isn’t coming from the CHP, which should be his most reasonable partner in a possible constitutional amendment; it’s coming from the HDP which Erdoğan has been accusing of being a “terrorist appendage”, from Akşener, the arch-rival of Erdoğans election partner Bahçeli, as well as the Felicity Party sharing the same Islamic-conservative grassroots.
Erdoğan’s dependence on the MHP becomes clearer by the day on the polls that show the MHP stealing substratum voters from the AKP. The best example showing that is Erdoğan’s inclusion of a MHP deputy to the official delegation having talks with the U.S. President Donald Trump in the White House on November 13.
If Erdoğan would not accept the early election, this time, he will have to endure criticism concerning his evasiveness in the face of an early election, including from the CHP. In other words, Erdogan, who has tried to overcome every democratic bump with the ballot box so far, will be in a position to avoid the polls for the first time since 2002.
It’s also possible that the opposition parties play the “now since you claim that economy is better, you no longer need to fear the election” card. Because Erdoğan saying “Here, we’ve dropped the interest rates, the inflation’s gone down too” is not enough to convince the unemployed youth, the tradespeople or a market that is struggling to make ends meets; in this case, going for an election might be very risky for Erdoğan.
On the other hand, Erdoğan would like to wait at least to see Trump to get re-election in November 2020, which would be important for him in terms of foreign policy and foreign investments.
But if you all say that “Erdoğan won’t go for re-elections unless Bahçeli wants it” then I can’t say you’re wrong; it had been this way all this time. 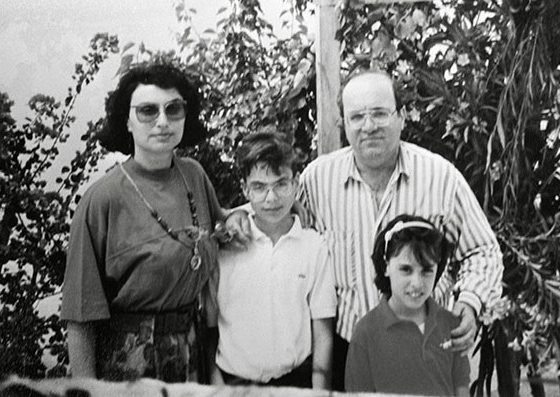 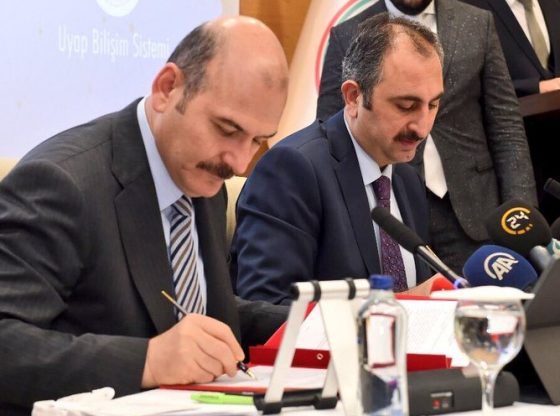 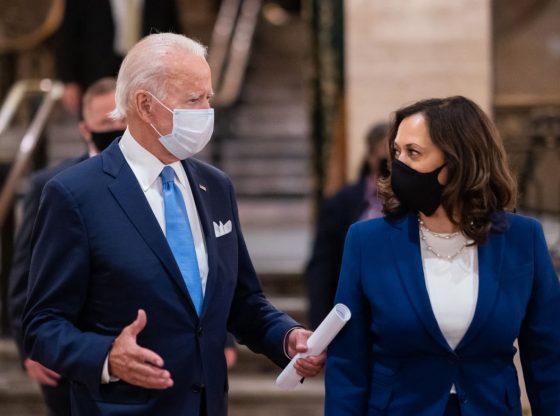 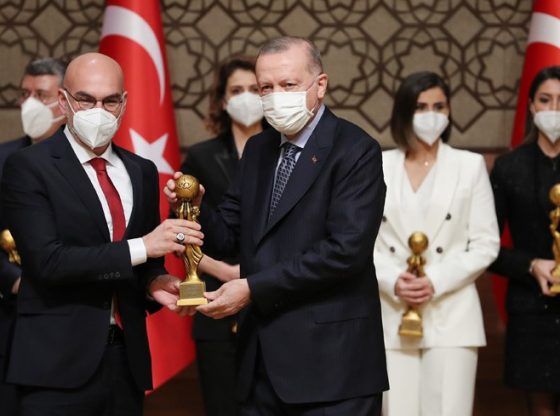 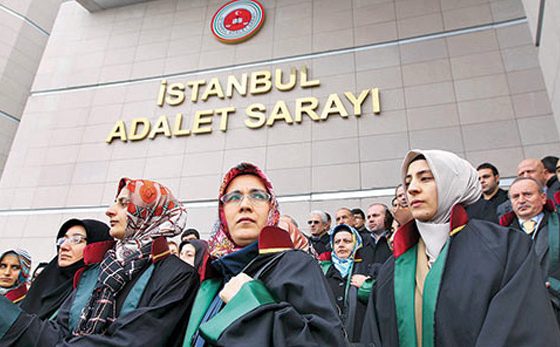 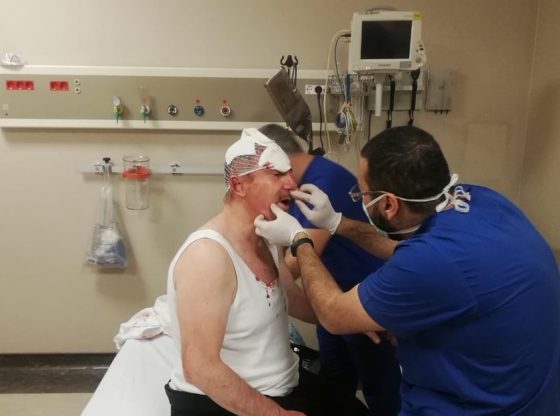