Added to the word coronavirus, these days, two new words are taking over our lives: restrictions and quarantine. The meaning of these words for the cities we live in is a sense of calm and silence. As people stay inside, the noise caused by people and ordinary traffic in our cities has been almost negligible. And thus, the natural life that shares with us the concrete jungles we humans created within our cities has started to make itself known. Now, every morning when I wake up, my house is festive thanks to the bird songs I hear from my window. For example, these days we heard goldfinches a lot.

The voices of these birds are heard more vivid and clear than ever before in Ankara. The Greenfinch’s song, on the other hand, characterizes the parks in both Istanbul and Ankara.

And it turns out that there is an abundance of magpies around us as well. It is impossible not to hear them.

This is not only limited to birds. In the rural areas of Turkey, mountain goats began to appear in towns and village centers.

Dolphins were seen in Istanbul, right next to the Galata Bridge. Nowadays, we witness a different vibrancy as an effect of the declining human population in almost all settlements.

Cities and towns around the world

You have probably come across news on social media about animals being more visible in cities. There is a natural life that we cannot ignore in our cities and their peripheries. A natural life that usually cannot manifest itself due to the human density. In late March, restrictions had just begun in the state of Illinois, United States. In the town of Roscoe, people who went to work in the morning saw dog-like animals running on the road. But those weren’t dogs. The people who took their photos later found out on social media that they were coyotes.

Afterward, news that coyotes were also seen on San Francisco beaches also became viral in the United States. Bears visited Colorado homes’ backyards. Mountain goats came into Welsh cities and wild pigs wandered the streets of Barcelona in the daytime. These were remarkable examples of social media posts documenting the phenomenon in different parts of the world.

A world without humans?

I think 2020 will be a year when the world takes a deep breath. It seems that the world already needed it. Since the 1960s, the human population growth rate is too high to neglect. The human population has grown from three billion to eight billion in about 40 years. The world has already exceeded the upper limits of its carrying capacity. So what happened? The world has become damaged by deforestation. Greenhouse gases in the atmosphere increased more than ever.

There is no limit to the damage we do to nature to obtain nutrients and create settlements. Think about it, how much snow has fallen to the cities we have lived in the past few years. The heat waves formed in the cities now affect the climate of our cities. On top of that, noise pollution is added, which is a matter of fact. The natural life in our cities has begun to squeeze into places that can be found outside the city.

Human beings have become dominant on the planet we live on unpredictably. If we somehow disappeared from the world today, this planet would probably be more peaceful for its inhabitants outside of us. Biodiversity would not go extinct. And unlike humans who didn’t allow good conditions for other species, biodiversity would have provided the possibilities that allow humans to evolve and live healthy lives.

Alan Weisman, to a certain extent, had touched on the urban silence that has been brought by the coronavirus now in his 2007 book, “The World Wİthout Us“. The book brings to light the fact that the planet we live in cannot survive the rapidly growing human population. Weisman also underlines that only aluminum dishwasher parts, stainless steel containers, and plastic handles will remain from the world-ending, seemingly inexhaustible resources after 500 years. It’s a scary scenario, but unfortunately, it’s very likely to be true.

We are undoubtedly late to learn from our experiences. But let’s try to think more carefully about how we can get rid of this harm by listening to the sound of nature these days. Let’s not forget, it is absolutely useful wherever we turn from harm… 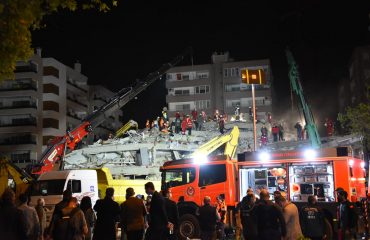 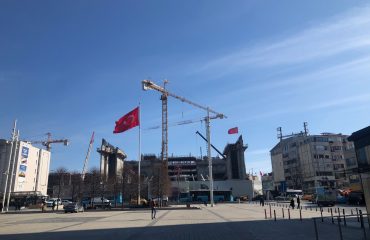 Taksim Square as ‘means to tame’