When Erdoğan doesn’t get his applause 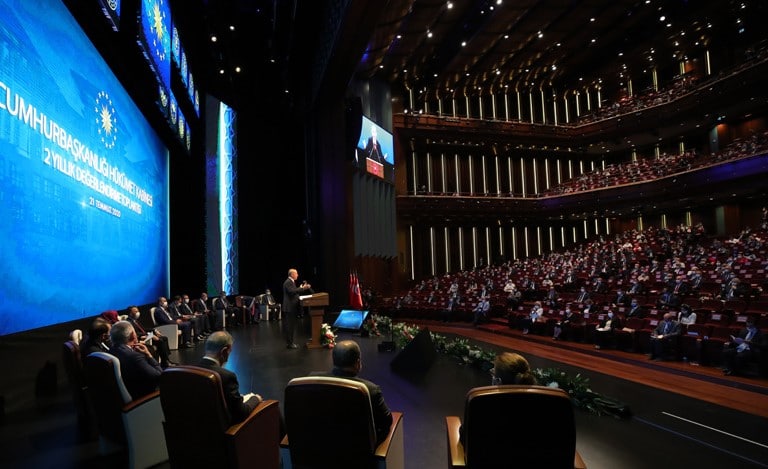 July 21, 2020. Women were facing police brutality on the streets while protesting the murder of the university student Pınar Gültekin, as a recent chain of violence against women. Meanwhile, President Erdoğan was speaking at the assessment meeting of the first two years of the Presidential System of Government at his Presidential Complex at Beştepe, Ankara. Both him and his ally thus far, Nationalist Movement Party (MHP) leader Devlet Bahçeli had been glorifying this system. But this time, Erdoğan seemed to give signals of a maneuvring. “Our hearts and our politics,” he said, “are open to all sorts of change for what’s better, more effective, more beautiful.” He paused, expecting applause, but none came. He waited for another half a second, and at last, an officer gave the signal: the room answered with the long-awaited ovation. The President spoke, offended and reproachful: “So you were not going to applaud,” he said, “unless we told you to.”

There are two possibilities here. Either nobody was paying attention to the speech, expecting someone to start the applause. Or they didn’t believe this system they thought perfect and praised until now would change.

But really, what was it for that Erdoğan expected an ovation?

Now we know. Erdoğan expects applause but not a haphazard one at the audience’s will. It must begin at the precise moment the president likes. And it upsets him when the ovation doesn’t come on time. Speechwriters also have an even tougher job now, and the applause-triggers present in the room must be in synch.

What Erdoğan said was like a confession that this system they coined the Presidential System of Government where one person makes all the decisions, does not work.

Indeed, Erdoğan will get much applause and prayers these days. Just as he’s opening the historical Hagia Sophia to the Muslim prayer, on July 24, coinciding with the anniversary of the Lausanne Treaty.

There is a rough road ahead after that. How many more applauses and prayers could the Hagia Sophia generate in the face of the true unemployment rates when the 3-month extension on layoff prohibition ends? What about when we hear the news that the Central Bank foreign exchange reserve hits the negatives, and when we find out that the cash flow expected from tourism remains in our wildest dreams? Have you read the treaty of the “Grey-haired elders” that 101 public figures of various backgrounds and political leanings have published on July 20? Some of them were praising Erdoğan until a few years ago. Some were genuinely expecting advanced democratic moves from him.

For years, Erdoğan got more votes from women. Women wearing the Islamic headscarf were able to go to universities and workplaces. They were able to work to support themselves. But women are used to exercising their civil rights to inheritance and alimony through official marriage. Taking this away from them will not be easy. And it won’t be easy to tell them that to withdraw from the Istanbul Convention against violence against women is the best for them. Neither will it be easy to tell them to be patient in the name of those damned patriarchal traditions and to “protect the family institution” when the man they are married to beats them.

Will those women ever vote for Erdoğan again? Erdoğan has started to see this crystal clear. Upon pressures, the Women and Democracy Platform (KADEM) of which his daughter Sümeyye Erdoğan Bayraktar is a director, has stopped opposing to the withdrawal from the Istanbul Convention. But it seems like there is no unanimity among them. It’s not just the associations that have been critical of Erdoğan from the start. Women among the Justice and Development Party (AKP), too, are writing letters to and requesting appointments with Erdoğan and the First Lady Emine Erdoğan. They do so both as individuals and through their women’s associations. A women’s right crack has appeared within AKP.

Why is Erdoğan doing this?

The prevalent theory is that Erdoğan, desperate to stop the meltdown in AKP’s voter base, is being blackmailed by Islamic sects and congregations. And it doesn’t stop there. Every group seeing this vulnerability, even the cab mafias of Istanbul, are attempting to blackmail the President with their votes.

Other things are beginning to show cracks. Bahçeli’s Erdoğan and AKP advocacy from his MHP bank is unsettling some within his party. Here’s an example. Cemal Enginyurt of MHP is a nationalist so blatant that he is known for having howled like a grey wolf at the Great Wall of China as he was making the Turkish nationalists’ grey wolf hand sign. When this party member not even objected but merely complained about their leader’s constant praise of another party, Bahçeli threatened to expel him. Enginyurt did back off but MHP’s Ordu Provincial Head resigned. Because now, the voters of AKP and MHP are not without alternatives. AKP voters have the Future Party (GP), DEVA Party, and even IYI Party at their disposal. The same is true for MHP supporters. This being the case, Erdoğan is likely to use the ideological weapon to the max to keep his voter base and attract alternative voters. So the political climate can get even rougher. 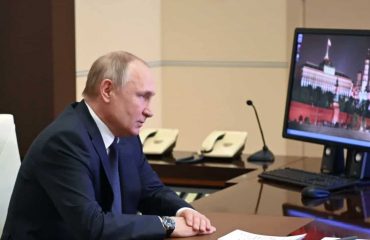 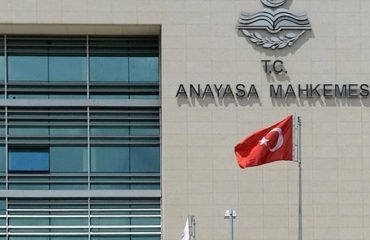 Turkey’s Constitutional Court is not that supreme anymore 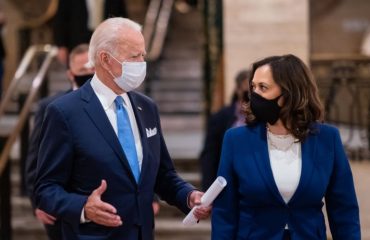 And Biden era starts: what will his first act on Turkey be?