Crisis in the EU, again: budget versus rule of law 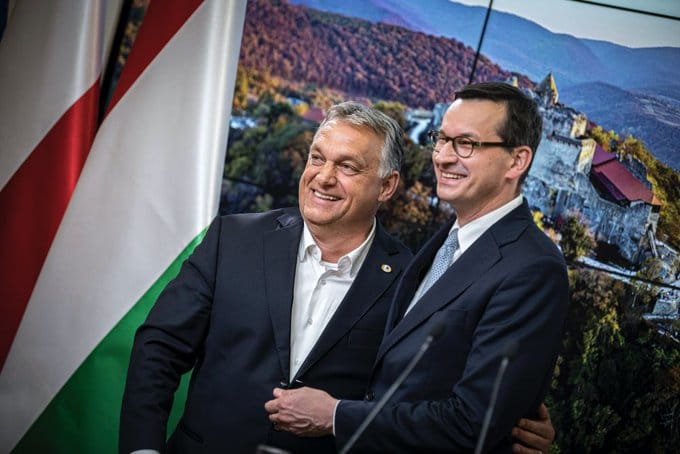 It is not only Turkey where the rule of law is under debate. Something quite extraordinary happened during the last budgetary negotiations among the 27 EU countries. Last amendments were being brought on the details of the budget at the COREPER meeting, when both Hungarian and Polish Ambassadors vetoed the whole process, creating a major crisis within the EU.
The Budget procedure is a tedious and complicated process. Unlike many decision-making procedures in the EU, the Parliament has almost as many weigh as the Council for the acceptance of the budget. Negotiations may drag and sometimes conflictual issues take a long time to get solved, but in the end, the budget should get accepted in the first week of December every year.
There is also a kind of five-years-plan regarding the budgetary policies of the EU. The Member States decide the main political vectors of the EU and set out priorities for financial expenditures.

What is the EU if not rule of law?

The Financial Framework covering seven years starting from 2021 has been almost finalized. This is not the yearly budget, but a long-term recovery and restructuring program for the EU countries, thus it remains vitally important. It also includes 750 billion Euros as an extra fund to help the EU economies recover from the Covid-19 pandemic’s dreadful effects.
At the last moment, both Poland and Hungary, through their ambassadors, have declared that their respective countries would not accept the Financial Framework, nor the budget, because they refuse the payments from the EU budget be dependent on the implementation of the rule of law.
Both Poland and Hungary are on the hot seat regarding the Copenhagen political criteria. Both countries have mostly autocratic governances, albeit democratically elected. Freedom of the press is in shambles in Hungary, Poland is accumulating extremely touchy legislation, almost unacceptable under democratic regimes.

There is popular opposition in both countries. Due to polarization, they could not come up with democratic alternatives for years. The EU has been mostly tolerant of member states’ domestic policies, but, in cases like Hungary, Poland, Romania, and Bulgaria, European standards like basic liberties, freedom of speech, transparency, accountability, and participation are most of the time in a sorry state.
The EU does not have the capacity of suspending one’s membership unless all the other members decide unanimously to do so. In the case of both Poland and Hungary, there will be no unanimous decision because they will respectively block one another dismissal. What the EU can do (and is doing presently) is to cut down considerably the budget revenues of such Member States, on the grounds of non-respect of European essential values. Such a measure requires only Qualified Majority Voting; basically, a two/thirds majority.

This is not small amounts of money, especially for economies like Hungary’s or Poland’s, deeply shaken by the pandemic. But most importantly, for governments who have opted for a long time for a nationalistic and populist discourse, it looks politically more like a slap on the face. This is perhaps as important as the lost revenues from the EU budget.
What is done by both Poland and Hungary is called, in daily language, blackmail… The enormous European budget is the first of its kind. The budgetary envelope of the EU covers usually only one percent of the respective GDP of Member States, whereas a national budget covers up to 35 to 40 percent. This time, however, EU countries have put up an extra effort to give a real boost to the budget and the victims of pandemic effects, essentially small and medium enterprises, family businesses.

It was Emmanuel Macron who came with the idea of establishing a huge extra financial package, to help recover but also to restructure the EU economies. Chancellor Angela Merkel saw the long-term benefits and accepted the challenge. This would be the second major rescue operation in Europe after the Marshall Plan in 1947.
Why is it torpedoed? Because of the de facto media censorship in Hungary and more and more democratically unacceptable legislation in Poland. That shows the limitations of the “EU membership effect” in these countries.
Underlining their national identity at every occasion is understandable for those former socialist countries after fifty years of Soviet rule. But populism and micro-nationalism are everywhere, not least in Austria or Italy. Brexiteers in the UK has won the elections in a landslide victory, whereas the population was anxious to get away from the EU without any safety net in view.

Is the EU charm ineffective hence?

The EU integration has almost always had only one magic stick: the economic integration, creating a de facto convergence of national interests. It worked just great in the sixties, a bumpy road and probably a wrong enlargement to the UK in the seventies, coupled with major oil crises has ignited what is still called the “Euroscepticism”. The eighties were the recovery years, and the nineties, especially after the Soviet demise, were the glorious years under Jacques Delors.
The EU has become the only society role model in Europe, and also elsewhere. Caucasian countries, Ukraine, even some Middle Eastern countries were dreaming to become members one day. The biggest disappointment was Turkey. When the latter attained largely enough latitude to become member, the EU states got cold feet and the accession negotiations were torpedoed abjectly. Since Turkey has gone so deep in autocratic governance that the EU criteria remain attractive.

Not a good example for Turkey

The Soviet Union imploded and evaporated because of the rupture between what was professed and what was done. It would be deeply unjust to say that the EU is on the same path. It is not, but after 2005 enlargement, the EU has turned into a smaller version of the UN, where members defend their short term interests and the decisions are made to secure a functioning Single Market, nothing more. At a time when the EU wants to restructure its economic bedrock, with the Green Deal, with the recovery program, we witness a sorry performance there. A Greek Cyprus which acts openly as a submarine to the Russian Federation is hard to swallow for anyone who believes in the future of the EU.
Is the EU doomed to disappear? Nothing is more unlikely, and such an outcome would be very bad for the EU countries, and also for Turkey. 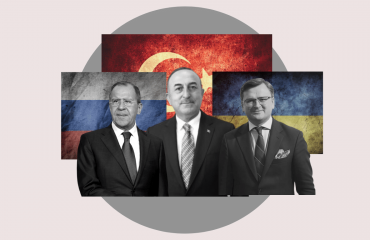 Second act of Ukrainian diplomacy to open curtain in Antalya 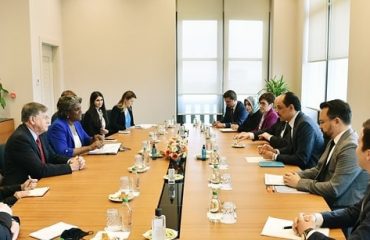 The stakes of Biden-Erdoğan meeting; to be or not to be…