In Afghanistan, real losers are women 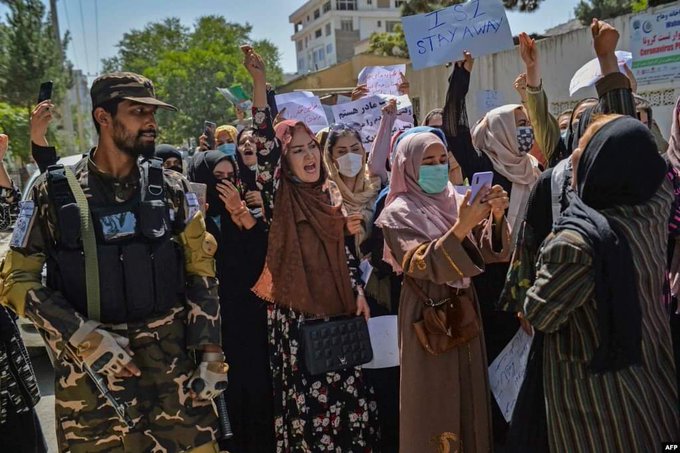 The media is overflowing with news about Afghanistan. After a twenty-year occupation, the irregular withdrawal of the United States and the re-take of power by a group that it tried to destroy is, of course, a situation that will occupy the international agenda for a long time. Especially in the last two decades, despite everything, the fact that gains in some areas in Afghanistan are now being reversed makes this all the more striking. I am talking about women’s rights here. In fact, it is necessary to talk not only about women’s rights but also human rights. This is due to the fact of what we hear and learn is that the Taliban is bringing back its primitive governing style.
On the other hand, the erratic withdrawal of the US and the sudden collapse of the Afghan government it supports are compared with the period when the Soviet Union left Afghanistan. In my opinion, this is a false comparison because the Soviet withdrawal is based on very different foundations. One reason the Afghan government at that time resisted the Taliban for a longer period after the departure of the USSR is that it was based on the communist-oriented People’s Democratic Party of Afghanistan (PDPA). After the PDPA was founded in 1965 and seized the state in 1978, it experienced its own internal conflicts and the USSR had to intervene in 1979 against the possibility of it losing power.

Women were much more free than today

This is the period when the Cold War was at its most intense. Due to this occupation, many Western countries, led by the USA, boycotted the 1980 summer Olympics in Moscow. Under the leadership of the United States, the West also supported the mujahedeen fighting against the regime. Aside from the mistakes and attitudes of the Afghan regime, women’s rights were at their highest during this period. I could see this on the streets when I was working at our Embassy between 1984 and 1986. Although there was also clothing that is now being forced on women it had decreased and women could move freely. The number of girls’ schools was increasing and there were strong women in government. In short, the USSR tried to establish the model in Afghanistan that it applied to other Soviet republics in Central Asia.
The West saw the Soviet occupation within a strategic context and when it gave stinger missiles to the mujahedeen this changed the course of the war. As a result, the Soviets, whom Afghans called “Shurevi”, had to withdraw as the British lost in the 19th century. Despite this, the regime continued with the PDPA still in charge, and only when Moscow cut off its financial support did the government lose its capacity to resist and crumpled. On the other hand, despite the nation-building rhetoric the US, unfortunately, could not create any solid structure for twenty years. Neither a regular army nor institutions could be formed, and the Afghan government fell apart like sandcastles. In short, with the separation of both superpowers, it was the women who lost. We cannot guess what would have happened if the US had left the Soviet Union alone in Afghanistan, but maybe the war would not have lasted this long.

The main reason why I tell this here is with regard to how the flow of history takes place and how we look at history. History should not be read simply as dealing with who came to power, who fought against whom, which country prevailed over others, and so on.
The hidden part of history is based on how the male-female relationship takes place, in short, the domination of men over women, and how this is maintained. For some reason, this issue is usually overlooked. Yes, from time to time there were female rulers or female leaders, but these are outside the general course. As a matter of fact, when reading history, special attention is drawn to women leaders as they are seen as extraordinary.
History is basically men trying to establish superiority by taking advantage of women’s relative physical weaknesses. Religions are also used here. In which of the monotheistic religions is the woman at the forefront? They have always been held back. Equality between men and women has been achieved with great efforts and mostly through the determined struggles of women in Western countries. We see that this struggle continues.

Women rights in Turkey and Atatürk

Women’s rights in our country were acquired during the Atatürk period. Before the Republic, there were efforts of women’s groups in the Ottoman Empire, but I think their struggle would have lasted much longer without Atatürk. After all, what they achieved was far beyond the rights they were seeking. Thus, a very important step was taken towards gender equality in Turkey at the beginning of the 20th century. Now the struggle is to protect these gains.
The regime that is being established in Afghanistan today ignores half of its people. Since they received a primitive education, they cannot tolerate seeing women. Today we are observing Afghan women’s struggle to protect their rights. Unfortunately, the Taliban will not allow them. Because this issue is neither in accordance with their structure nor their philosophy. The only thing they have learned in the last twenty years is to make some statements that may please the international public, but in the end, when we look at the practice, an oppressive structure is being established.

Women rights in Turkey and Afghanistan

The only difference with twenty years ago is that now it is easier to find out what is going on due to technology. In that respect, the policies of the new Afghan regime will always be in the spotlight.
Western countries may react to the Taliban’s behavior towards human rights, especially women’s rights, and condition financial aid and recognition, but I doubt if the neighboring countries will have such lofty thoughts, taking refuge in the principle of “not interfering in internal affairs”.
Turkey is in contact with this regime. I hope that women’s rights are prioritized and supported in these contacts. We cannot know if or how effective it may be, but the suggestions of a Muslim country like Turkey in this area could be taken into account to some degree. Since we have heard the statements that Turkey, which left the Istanbul Convention (on preventing and combating violence against women), will continue to protect women’s rights, we are entitled to see this policy in Turkey’s dealings in the international arena. 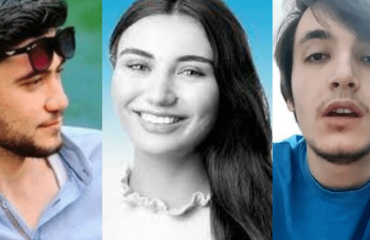 Turkey mourns its youth lost to suicide and murder 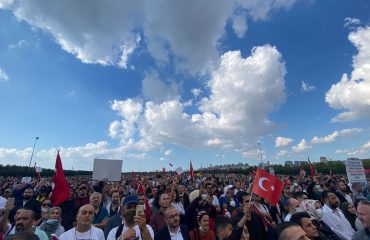 Anti-vaccine rally in Turkey and a chain of contradictions