The US did not give the Greek government what it wanted

Greece has always endeavored to bring its bilateral issues with Turkey to the agenda of the EU from day one. The fact that Greece has been successful in its efforts to a great extent, especially recently, should come as no surprise. In any international Organization, if one of its members insists on drafting suggestions on the grounds of its security interests, it is not easy to reject them. The most one can do, is to soften the harsh wording. In this regard, the British diplomats are the masters. After the Brexit, Turkey is in a more difficult situation vis-a-vis Greece at EU meetings.
Greece must have understood by now that with the EU conclusions full of wish-washy wordings, it could not reach anywhere. Apparently, she has moved her steps against Turkey to bilateral levels. Firstly, on 28th September, Greece signed a Strategic Cooperation agreement with France in defense and security. Last week she renewed the mutual defense cooperation agreement with the US(MDCA). In the meantime, Antony Blinken, the US Secretary of State sent a letter to Greek Prime Minister, Kyriakos Mitsotakis. Let us have a look in more detail at the MDCA and the letter of Blinken.

I witnessed my first experience with multilateral diplomacy at the Turkish Foreign Ministry during the Defense and Economic Cooperation Agreement (DECA) negotiations that Turkey signed with the USA in 1980. The US signed a similar agreement with Greece in 1990. Both are framework agreements and updated regularly with minor alterations, if necessary, either by exchange of letters or additional protocols. It seems that benefitting from the adverse course of Turkish-Us relations, Greece has demanded the inclusion of a security guarantee provision as in the Greek-French Agreement. Since it proved to be impossible, Greece offered a military basis on some of the Aegean islands which have demilitarized status under international agreements. Fortunately, our American friends this time stood firm. The Turkish foreign Ministry must also have lobbied hard with the US State Department.

Greece who has not been able to achieve inclusion of its proposals to the MDCA must have pressured the US side to obtain security assurances under a separate letter. Blinken’s letter of 12th October serves this purpose. There is no provision in the letter, obliging the US to assist Greece in case of aggression. Likely, references to territorial integrity, sovereignty rights, international law of the sea, and peaceful solution of disputes are included in the letter to satisfy Greece. Those references can also be interpreted as diluting the declaration of the Turkish Parliament dated 1995, widely known as casus belli. It is also noteworthy that both Foreign Minister Nicos Dendias and Prime Minister Mitsotakis favored the letter rather than the agreement itself. The US must have realized that they have gone too far in favor of Greece. Ned Price, the spokesman of the State Department, underlined a couple of days ago that the US position to stay neutral regarding the disputes on the delimitation of maritime boundaries has not changed.

What is casus belli?

In the most simplistic terms, casus belli, in Latin means reason for war. The Greek Parliament while ratifying the United Nations Convention on the Law of the Sea on 1st June 1995 authorized the Greek government to extend the Greek territorial waters to 12 miles. In less than a week, the Turkish Parliament replied by adopting a stand-alone declaration. The declaration very skilfully crafted by late ambassador Deniz Bölükbaşı who was experienced in legal issues contained neither the word “casus belli” nor “war”. That declaration addressed the Greek and the international public opinion with “friendly sentiments” that if Greece extended its territorial waters to 12 miles in the Aegean Sea where Turkey has vital interests, it would take every measure, including the military ones. The message must have been duly taken.

The mistakes of Greece

Turkish Greek relations are full of greek mistakes. The Greek Parliament’s casus belli decision in 1995 was a mistake as it was the case in the Asia Minor disaster that started in 1919 with the occupation of İzmir and ended with the defeat of Greece in 1922. Or the Kardak/Imia crises in 1996. Or in 1999, sheltering Abdullah Öcalan, the outlawed Kurdistan Workers’ Party (PKK) leader. Tom Ellis, The editor-in-chief of the English version of the Kathimerini newspaper was right when he wrote:
“Nobody will fight our war for us”.
That is a rational comment coming from the Greek side. 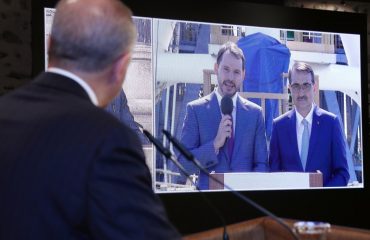 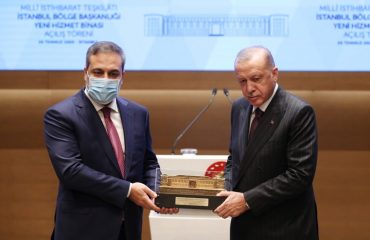 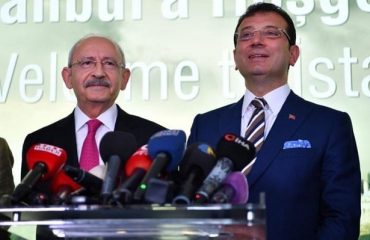