Erdoğan’s dependency to Nationalist Bahçeli grows ahead of Turkish elections

President Tayyip Erdoğan of Turkey has managed to shift Turkey’s administrative regime with no prime minister is needed to share his power through a referendum in 2017 thanks to the Nationalist Movement Party (MHP) leader Devlet Bahçeli. It was Bahçeli who had saved him from losing majority in the Parliament in June 2015 elections and asked for emergency ones on the election night and it was again him who urged the immediate shift to the current executive presidential system in 2017 following a military coup attempt in July 2016. In 2018 it was Bahçeli again who backed Erdoğan to get re-elected as President in 2018; without MHP it was not possible for Erdoğan to win with 52 percent of the votes.
Result? The result is that Bahçeli is acting as if he was the coalition partner of Erdoğan’s Justice and Development Party (AK Parti) government: sharing power but carrying no responsibility. Bahçeli is like a de facto prime minister of a system with no prime minister, with de facto veto power on some important issues like the anti-terror fight and the Kurdish policy, key appointments in government agencies, particularly in judicial system and the police force to make sure that Erdoğan will stay in power and the MHP could carry on with this symbiotic relationship. It is not possible in any other case that MHP can have a word on government affairs and can benefit the government capacities.
Erdoğan is well aware of that but there is little that he can do about it for the time being. Erdoğan knows that without MHP support the outcome of the March 31 local elections could be disastrous. It may be difficult to understand for foreign observers why on earth the municipal elections should be as important as a parliamentary election or a presidential one. At first, it was Erdoğan who turned this into a test of restoring confidence only a year after the general elections. It is important whether the AK Parti-MHP alliance will deliver the same 52 percent of the total votes or even 50 pct. Secondly, If the AK Parti-MHP or Erdoğan-Bahçeli alliance happens to lose the municipalities of big cities like Istanbul, Ankara, Adana, Bursa, Antalya, it will be seen as the beginning of a decline; İzmir is likely to be kept by the main opposition Republican People’s Party (CHP).
Erdoğan is also aware of the problems but there are serious discrepancies between the pragmatist approach of him and the ideological approach of Bahçeli. Erdoğan openly and for the first time said over the weekend that there were difficulties to “consolidate” forces within the alliance. Bahçeli’s indirect and public answer to that was in would be a deadly mistake to ignore the existential risk the country is facing and talk about the rising prices of peppers and eggplants. What Bahçeli means by “existential problem” is to keep the fear of a “separation of a Kurdish state” alive. Erdoğan on the other hand knows that for some 80 percent of the people economic difficulties like the cost of living and unemployment are the biggest problems, despite the fact that he said he lost his trust in public opinion polls. Plus, keeping that feeling of threat alive is expected to go parallel with more military operations against the outlawed Kurdistan Workers’ Party (PKK), especially in the much spoken Syria theatre but under the current problems with the U.S. and Russia a big scale operation is not likely and it is questionable whether a hit and run type operation to be boosted by the government controlled media would serve the purpose. Another problem in between appeared recently over the claims of “concentration camps” for the Uighur Turks in West of China by the Communist Party. MHP pressed for a Foreign Ministry statement in solidarity with the Uighur brothers and sisters and got it but the “Eurasianist” lobby within the AK Parti who are for better economic relations with Beijing was not happy about it; to show its displeasure China closed down its consulate in İzmir temporarily.
Bahçeli knows that it would be difficult for Erdoğan under the circumstances, ahead of the elections to dump him, even if he wants so.
But what will happen after the elections? Of course it will depend on the results and if the Alliance wins again it can be a rather long and painful process for Erdoğan to break his dependency to Bahçeli. But there will be losses, it should not be surprise that Erdoğan would like to look for ways either swallow Bahçeli’s MHP or dump him.
On the other hand Bahçeli is also smart enough to take such a scenario into account and he is a politician of unexpected moves with success.
Post-election Turkey might be full of surprises. 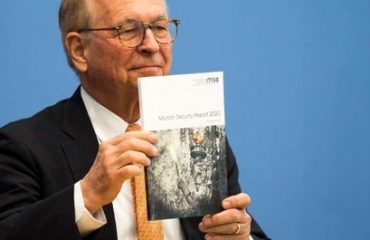 “Westlessness” as a global risk and Turkey 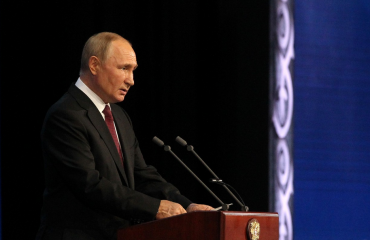 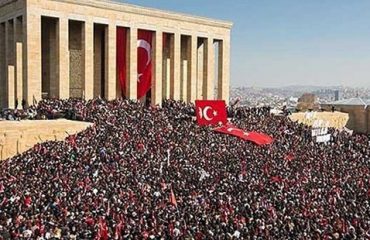