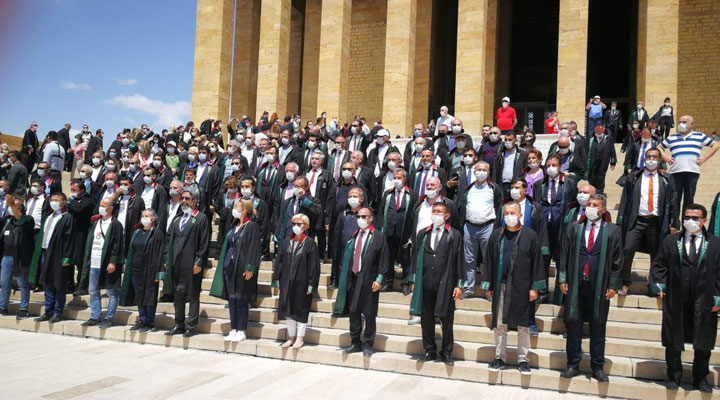 President Tayyip Erdoğan had complained of a lack of freedom of expression when he first came to power, referring to his imprisonment upon reading a poem. After 18 years in power, he cannot even tolerate the peaceful protest march of lawyers walking for their rights.

Lawyers believe the new Attorney’s Law draft that Erdoğan’s presidential team prepared by his order, the full content of which Erdoğan is yet to share with even his Justice and Development Party (AKP) Parliament group, will restrict their rights. That’s why they began the most peaceful and pacifistic protest. On June 20, 56 Bar Presidents in Turkey set out on a long walk to Ankara from their provinces, as individuals and not masses. Authorities stopped them at the entrance of Ankara, using force. No justification. Nothing about this protest disrupted public order or even traffic. 56 Lawyers were going to meet with their colleagues in Ankara on June 22nd. They were then going to visit Anıtkabir, Atatürk’s Mausoleum, voice their demands there, and the protest was going to end there. That was it. That was the action that authorities could not tolerate.

Not something to be proud of

Opposition parties had a strong reaction. Even Turkey’s Bar Association (TBB) President Metin Feyzioğlu, who had once come forth as a voice of opposition to Erdogan before becoming his puppet, couldn’t justify this ban. The same Feyzioğu who had claimed that TTB was “an institution tasked with protecting the interests of the state,” not individual and societal rights. Even Feyzioğlu, who had gone down so far in the power rabbit hole that he forgot about what lawyers and prosecutors ought to do, found himself in a position where he had to protect the right to protest.

By lunchtime on the second day, June 23, the police have lifted the barricade, and representatives of bar associations have completed their peaceful rally at Anıtkabir. But they asked Feyzioğlu, their elected leader not to join them, despite he said he solved the issue by talking to government members. If the rally wouldn’t be stopped and ended peacefully on June 22, Erdoğan could say “Look, you were criticizing me.” But on June 23, the Bars can say “We resisted and we won.”

Does Erdoğan want a party state?

Erdoğan is in a rush to have the new law ratified before Parliament goes into holidays. Because there will be bar elections in Autumn. Because Erdogan wants his men in the bar associations. Erdoğan had already been striving to turn the wing of prosecutors and judges of the Judiciary into a bed of roses without thorns, using the Ministry of Justice. Now it’s time for the defense wing. Erdogan, who has the word “Justice” in his party’s name, does not want anyone speaking in the name of justice to criticize himself and his actions. He wants the bar associations to make no sound. And he wants to frame that as “justice in representation,” a discourse none can oppose, as he divides and weakens bar associations. (If representation truly is the aim, we should start with lowering the 10{4a62a0b61d095f9fa64ff0aeb2e5f07472fcd403e64dbe9b2a0b309ae33c1dfd} threshold in the election law. But that’s not the issue now.)

Once the path of change is opened through bar associations, other professional organizations will be next. The Union of Turkish Engineers and Architects (TMMOB), the Turkish Medical Association (TTB), the Turkish Pharmacists’ Association (TEB), and others. And Erdoğan wants no criticism coming from those among the civil society that speak out.

Mehmet Tezkan had written about this in the Turkish online news platform T24. There is a mentality at play here that says “I’m the state and if you criticize me or my government, then it counts as criticizing the state.” This mentality can turn Turkey into a party-state.

What’s with the rush and intolerance?

The closest election will take place in 2023. That is unless Nationalist Movement Party (MHP) leader and Erdoğan’s ruling buttress, Devlet Bahçeli, doesn’t change his mind one day and call for elections (because what Bahçeli wants, Bahçeli gets). So what’s the rush? I wonder whether there is another political design that calls for a harsh clear-up through silencing the defense wing of the Judiciary and the remainder of civil society. If there indeed is such a design, I hope it will not be in a party-state direction; it would be a shame for the country and all of us. If not, then why is there such intolerance?

As Mehmet Akif Ersoy had written in the lyrics of the Turkish national anthem, “Why the anger, why the rage?” One of the sayings used by late President Süleyman Demirel that we protested the most in our youth was “The roads do not erode by walking”. We used to read that as “no matter what you say, I’ll stick to what I know best; back in the day, we didn’t see the dimension of using a democratic right in that sentence. Few days ago it was the fifth anniversary of Demirel’s death. And on this occasion, I want to admit that I misunderstood Demirel’s words. I want to repeat the same sentence to Erdoğan: roads do not erode by walking.” Peaceful protest is a human right, a constitutional right. And anybody could need it one day. 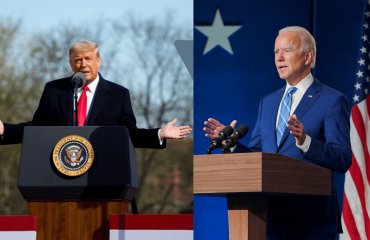 US elections and Turkey: Biden is not an end to all troubles 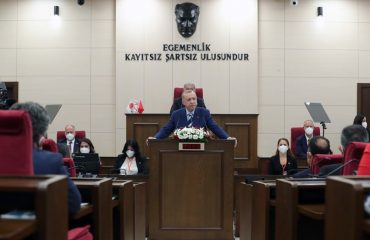 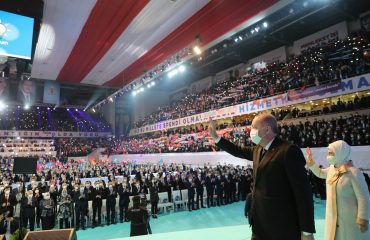 AKP Congress: the mountain gave birth to a mouse