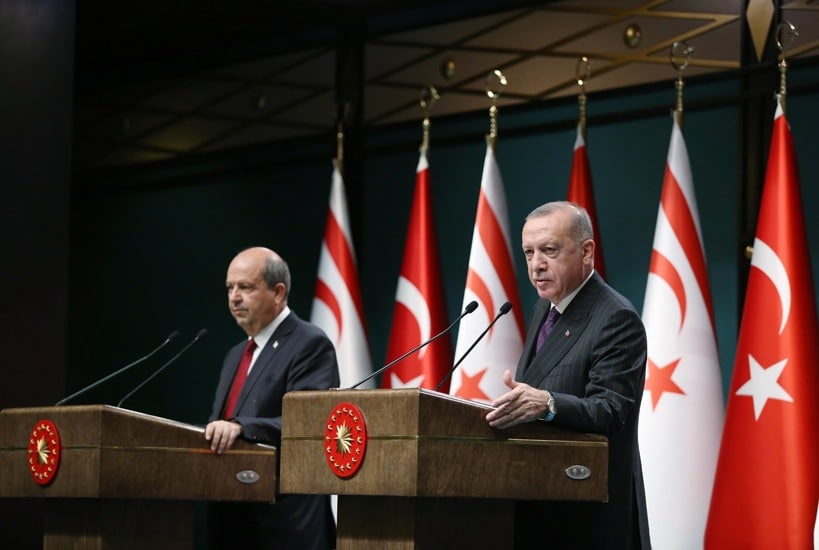 Turkish Cypriots are to go to the polls for the Presidential election on Sunday, October 11th. The election was originally scheduled to be held six months ago but was delayed due to the Covid-19 pandemic. If no candidates will receive 50 percent of the votes in the first round, the second round will be held on October 18th. Two candidates seem to be the strongest before the Turkish Cypriots: President Mustafa Akıncı and Prime Minister Ersin Tatar. Left-wing CTP candidate Tufan Erhürman and Kudret Özersay, who resigned from the Ministry of Foreign Affairs on October 6, also enjoy certain public support according to the latest public opinion polls.
This will be the most difficult election of the Turkish Cypriots after the 2004 pre-Annan Plan election. That was a turning point. Center-left Mehmet Ali Talat, who structured his propaganda on the reunification of the Turkish and Greek Cypriots after the Greek right-wing coup d’etat followed by the military intervention of Turkey in 1974 had won the 14 December 2003 parliamentary elections and became prime minister. Although Turks said “Yes” and Greeks said “No” to the reunification plan in the referendum for the -then UN Secretary-General Kofi Annan on April 24, 2004, the European Union had rewarded the Greek Cypriot government with membership also representing the Turkish said, without asking them. Nevertheless, Talat was elected president in 2005, and Akıncı, who has been emphasizing a reunification based on the political equality of both communities was elected in 2015.

Akıncı’s chances seemed high until recently. PM Tatar, on the other hand, was criticized by his rivals for being an “Erdoğanist” and Özersay, who followed rather a balanced line, gave the impression that he would stand out.
The development to the detriment of Akıncı was the attitude of the EU ignoring the Turkish Cypriots, which peaked in the October 2 Summit Declaration. The EU, did not, even indirectly the name of Turkish Cypriot on the Island with the influence of the Greek and Greek Cypriot governments. To ignore a whole community was a mistake on the EU part and was reacted by the Turkish Foreign Ministry.
The EU follows a hypocritic policy when it comes to Cyprus and Turkey. The EU tries to cut the bill of the East Mediterranean problems between Greece and Turkey like the continental shelf, exclusive economic zone, delimitations, and sharing of natural sources like hydrocarbons to the Turkish Cypriot community, as an indication of desperation. If the EU is that principled why it cannot cut all relations which Turkey while considering it as the occupying force on Cyprus? Is it easier to hit the suffering Turkish Cypriots?
The EU, especially Germany, continues its 2004 Cyprus mistake.

A development that worked for his popularity was the deal with Turkey for oil and gas explorations around the Island. And recently there is the opening of the Varosha (Maraş) coastline which has been closed since 1974. The move was criticized by Akıncı and other candidates as an election gift by Erdogan to Tatar. Özersay resigned claiming that originally it was his idea but, Tatar told about the decision only shortly before he announced it in a joint press conference with Turkish President Tayyip Erdogan on October 6 in Ankara. On the same day, Tatar took the Geçitköy Dam, built by Turkey into service as a help for the water problem, together with Erdogan, which was also slammed as election support.
The opening of the Varosha shore caused reactions on the Greek Cypriot side. Greek Cypriot President Nikos Anastasiadis has called on Turks to return the properties in Varosha to their owners. Whereas Turkish and Turkish Cypriot governments have been planning to do so and asking the owners to apply to the Turkish Cypriot government (TRNC) which would mean acknowledging its authority and voiding Anastasiadis pledge. Turkey’s Vice President Fuat Oktay has been conducting its coordination.

Whether Tatar is elected or not will be decisive for the political future of the Turkish Cypriots. Ankara started to believe that Akıncı has been failing to take the necessary steps with the concern of the possible Greek Cypriot reaction to it. Akıncı has been firm on the political equality of the Turkish Cypriots but on the other hand, he is also firm in order not to transfer Turkish Cypriot’s sovereignty to Turkey.
Tatar, on the other hand, represents the voters who started to believe that nothing will come out of the negotiations with the Greek side, as in the case of after forty years history of talks. His stance evokes Azerbaijani President Ilham Aliyev, who said that Baku would no longer be stalled by the Armenians as it the case of the last 30 years.
In this context, a surprising development occurred in the Azerbaijan-Armenia conflict. There was news in the press about Greek citizens who came to Karabakh to fight against Azerbaijanis. Greek Ambassador Nikolaos Piperigos was almost scolded by Aliyev while presenting his credentials. Athens immediately withdrew him, which was followed by the withdrawal of Azeri Ambassador to Athens, Rahman Mustafayev. Aliyev also told the Greek diplomat that Azerbaijan “Support them [Turkey] in all issues, including the issue in the Eastern Mediterranean.” That must have been disturbing for Athens. When the expressions “all issues” and “Eastern Mediterranean” are used in the same sentence, it is impossible not to think of Cyprus.
If not on October 11, we will see what’s going to happen next after October 18. 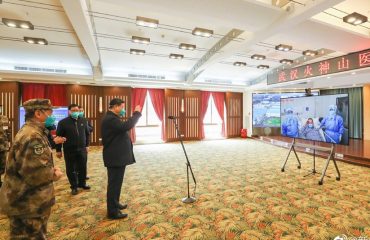 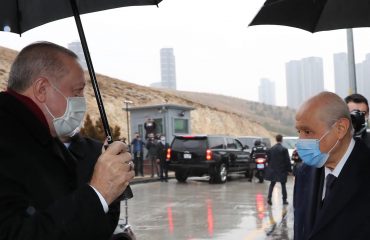 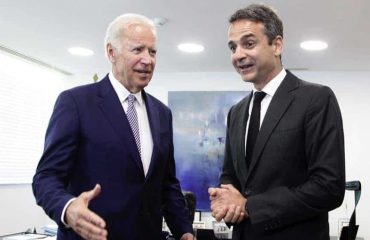 Bad news for Greece one after other