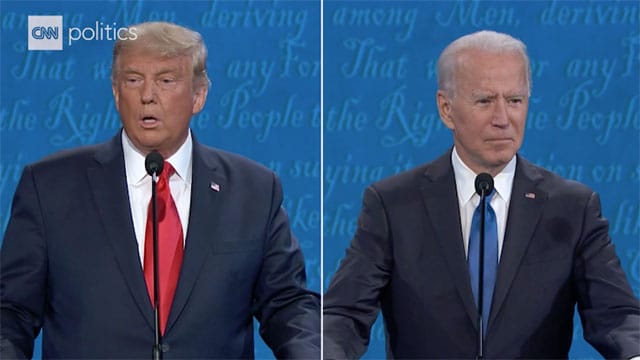 With only a few days left until the 2020 presidential election in the U.S., the whole world is holding its breath.
On one hand, the international community is struggling to deal with the unprecedented social and economic effects of a global pandemic. On the other, it is trying to manage the externalities of political populism that have taken root in Western capitals as a reaction to the failure of the post-Cold War liberal democratic system to renew itself.
In short, humanity is going through an exceptionally challenging period. For these reasons also the 2020 U.S. presidential election carries more importance than previous electoral moments in American history.

Starting with the Obama administration, American policy-makers, cheered by war-weary constituents are more inclined to pursue a more isolationist foreign policy using sanctions as a stick rather than try to build coalitions prioritizing universal values and liberal democracy. Subsequently, Mr. Trump promised his voters an even more isolationist and nationalistic approach to global leadership.
He kept his promises and if Mr. Trump is re-elected he is likely to continue such policies.
If Mr. Biden is elected he is expected to prioritize multilateralism, building coalitions, and strengthening international organizations. He will champion liberal democracy and global human rights enforcement will regain importance. While he is likely to refrain from interventionist policies, the U.S. will be far more engaged in multilateral diplomacy.

Despite these differences in approach between Trump and Biden, their objectives of U.S. foreign policy will not differ substantially. For example, checking China’s global ambitions will remain a key priority for both of them. American public opinion – both Republicans and Democrats – as reflected in U.S. Congress are negative towards this country. Therefore, we can expect more tough rhetoric and hard power politics from both Trump and Biden against China.

On Russia, both leaders have overlapping approaches. Both Trump and Biden are concerned about Russian interference in the U.S. election. This sensitivity is very much alive within the American military and intelligence communities. However, Trump seems reluctant to let his Russia policies be directed by these allegations while he is likely to continue his allegations that Russia has interfered in Biden’s favor. Biden would not hesitate to impose sanctions if the intelligence community determines Russia once again interfered in the U.S. elections.

Iran is an important foreign policy issue for both candidates. Regime change seems to be the main objective of Trump regarding Iran. For Biden’s part, he seems less focused on regime change but more on influencing and encouraging the moderate political voices within Iran under the current regime. In that respect, it would not be surprising if Biden tries to repair the JCPOA.
Both leaders have similar policies vis-à-vis the Middle East. Biden, just like Trump, should be expected to continue supporting the recent rapprochement between Israel and Arab countries. However, it is more likely that Biden increases support to moderate Palestinians and restores financial assistance that Trump has stopped while pushing for a retreat in West Bank in settlements in return for Netanyahu’s peace-for-peace plan, thus returning to a more classical U.S. foreign policy in the Middle East.
Both Biden and Trump also share views on the return of American troops stationed in foreign countries. Both leaders believe that it would be sufficient to project military power and leverage military technology.

Balance of power in Congress

Policies of the next president of the United States will also depend on the balance of power in the new U.S. Congress. Whoever wins the election, will have to work with Congress to push through policies and full, half or no control in both chambers of Congress will make all the difference. As President Obama has said on different occasions, the real political war is waged during mid-term Congressional elections.

Predicting the state of the Turkish-American relationship, ironically, leads to the conclusion that neither candidate is likely to prioritize removing the obstacles in the relationship. And again, regardless of who occupies the White House, the atmosphere regarding Turkey is generally negative among American public opinion and U.S. Congress. Therefore, sadly, we should conclude the Turkish-American relationship is prone to experience new tensions after the election.
Trump has maintained a close personal relationship with President Erdoğan, and this rapport has been key in preserving ties between the two countries despite serious tensions. For this reason, most Turks believe Trump’s re-election would be better for Turkey and for bilateral relations. Personally, I do not believe this view is entirely accurate. Trump has faced heavy criticism from the American military community for his policy towards Turkey, which has prevented him from moving forward on trade issues and security cooperation. In the meantime, if the tensions derived from the Turkish purchase of the Russian made S-400 defense systems continue, it would be very difficult for Trump to make gestures towards Turkey. Trump will inherently continue transactional policies towards Turkey but U.S. support to the Syrian branch of the terrorist designated PKK, the YPG, will remain the most important obstacle to improving the Turkish-American relationship.
Although Biden would be more careful in handling the relationship, he is more likely to use tough rhetoric against Turkey. Biden will very likely focus on domestic human rights issues, but he will take care not to deteriorate the relationship into an outright adversarial one.

In conclusion, Trump and Biden are both prone to continue tough talk against Turkey, but their rhetoric will be more targeted to a domestic political audience than to the world stage.
Although U.S. foreign policy will be similar on a number of key issues regardless of the outcome of the Nov. 3 election, all the elements of a “perfect storm” in our bilateral relationship with the U.S. seem to be present.
We should also realize that in the immediate aftermath of the election, both candidates will give priority to domestic policy and try to restore the aging infrastructure of the country while creating new jobs for the American people.
Since foreign policy issues have lost popular attention, Biden has already announced that fighting against the pandemic will be his Administration’s number one agenda item if he gets elected. Trump most probably follow suit.

What to focus on

Today, 60 percent of the American people would like to see their elected leaders focus on the domestic problems of the country. Foreign policy is not a priority issue on the agenda of the American people. The spread of liberal democracy, advocating universal human rights and free trade are no longer flagship issues for global leadership; American leaders are no exception.
This is also why Trump’s “America First” policies resonate with the American voter and why at least 42 percent of Americans embrace his “Make America Great Again” slogan.
Therefore, we should rather focus on how to contain shared adversaries and balance shared objectives rather than trying to guess who will be elected the next U.S. president. 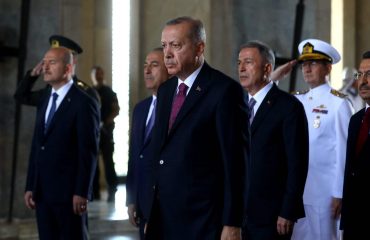 Reactions to Turkey’s Syria campaign: the U.S., Russia, the E.U. and the Muslim states