Who is next after Albayrak, Turkish bureaucrats worry 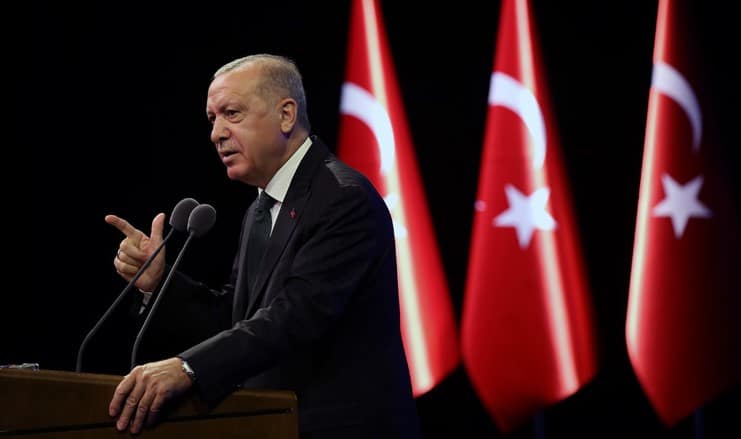 President Tayyip Erdoğan has announced that he will start a new wave of reforms in “law, economy and democracy.” There was no election, the administration did not change, but why is it necessary for a “new reform wave”? The answer lies heavily in the course of the economy. Opposition leaders claim it is a maneuver. According to the opposition, Erdoğan will highlight token some measures as reforms to overcome the damage in the economy following the resignation of his son-in-law Berat Albayrak as the Treasury and Finance Minister. However, these token measures pushed many figures in the bureaucracy into an anxious process of waiting. Because most of the people who were appointed after Albayrak’s appointment are likely to go with him. These questions linger Ankara: “Who will go, who will stay?”

Those high bureaucrats and board members who are currently anxiously waiting are mostly those who are in institutions and organizations under Albayrak’s control.

Some are high-level bureaucrats at the Treasury and Finance Ministry, which was founded by Erdoğan after the 2018 elections by merging the treasury and the finance ministries. It would not be a surprise that Lütfi Elvan, the new Minister of Treasury and Finance, would like to appoint people that he can work comfortably with as high ranking officials at the ministry. But there will be other changes too.

The Turkey Wealth Fund controls 23 companies in eight sectors. These include some state banks and financial institutions:

From THY to Turkcell, from BOTAŞ to Çaykur

Some of Turkey’s biggest and until recently most profitable companies are under the Turkey Welfare Fund. Some of these are as follows:

It will not be a surprise that there will be some changes in the administrative seats of these organizations.

These organizations also have dozens of subsidiaries from Ziraat Yatırım to BOTAŞ International. Thus, we have remembered that so many public companies and organizations have been under the control of the president and his son-in-law.

Change may spread to other ministries, bureaucrats

Erdogan’s operation in the state administration might not be limited to the Treasury and Finance Ministry. Until now, Erdogğan only spoke about the change in economy administration. But his mention of reform in law and democracy is considered as a sign that the scope will expand. Because, political resources say that Albayrak played a role in the appointment of some officials, including ministers and deputy ministers especially after 2018, using his power from being a family member. For example, Energy Minister  Fatih Dönmez was appointed as the undersecretary of energy when Albayrak was appointed as the energy minister in 2015, and he became the minister after Albayrak became the Treasury and Finance minister.

However, it is also said that Erdoğan may give “another chance” to some names with strong technical knowledge.

Media administrators are anxious, too

Political rumors say the media is also in an anxious wait. And this is not limited to state-run broadcaster TRT or Anadolu Agency, which are affiliated and related with the Directorate of Communications. It is known that the broadcasting and publishing policies of these semi-official organizations can eventually be changed with instructions.

What is meant are the private and pro-government newspapers, television and websites. Of these, it is necessary to watch carefully the newspapers and televisions affiliated with or under the influence of Serhat Albayrak, brother of Berat Albayrak, who is the de facto head of the Sabah-Turkuvaz group. Along with Sabah, newspapers such as Hürriyet, Milliyet, Posta, Yeni Şafak, news channels such as ATV, NTV, CNNTürk did not even report Albayrak’s resignation. However, the newspapers such as Türkiye and Akit, which follow the government’s line, covered the news on their first page as it should be, weakening the claim that the negligence of the others is because of the instructions from the Presidential Palace.

It is known that Serhat Albayrak finances the so-called Pelican Group, which operates like a psychological operations center.

Some circles such as Ahmet Mahmut Ünlü, known as the “hodja in cloak” have already started mocking with the Pelican Group, naming them the “ducks.”

On Oct. 19, Erdoğan accused the pro-government media of not being the voice and the breath of the government despite the advanced opportunities at their disposal. However, it is not yet known whether the Albayraks, whose power and wealth increased under Erdoğan, will give up easily. Therefore, the anxious wait in the bureaucracy seems to have taken over some media administrators.

U.S. faces a blow to its reputation with Turkish S-400 deal with Russia 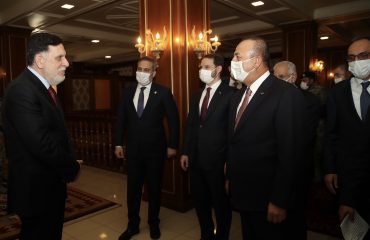