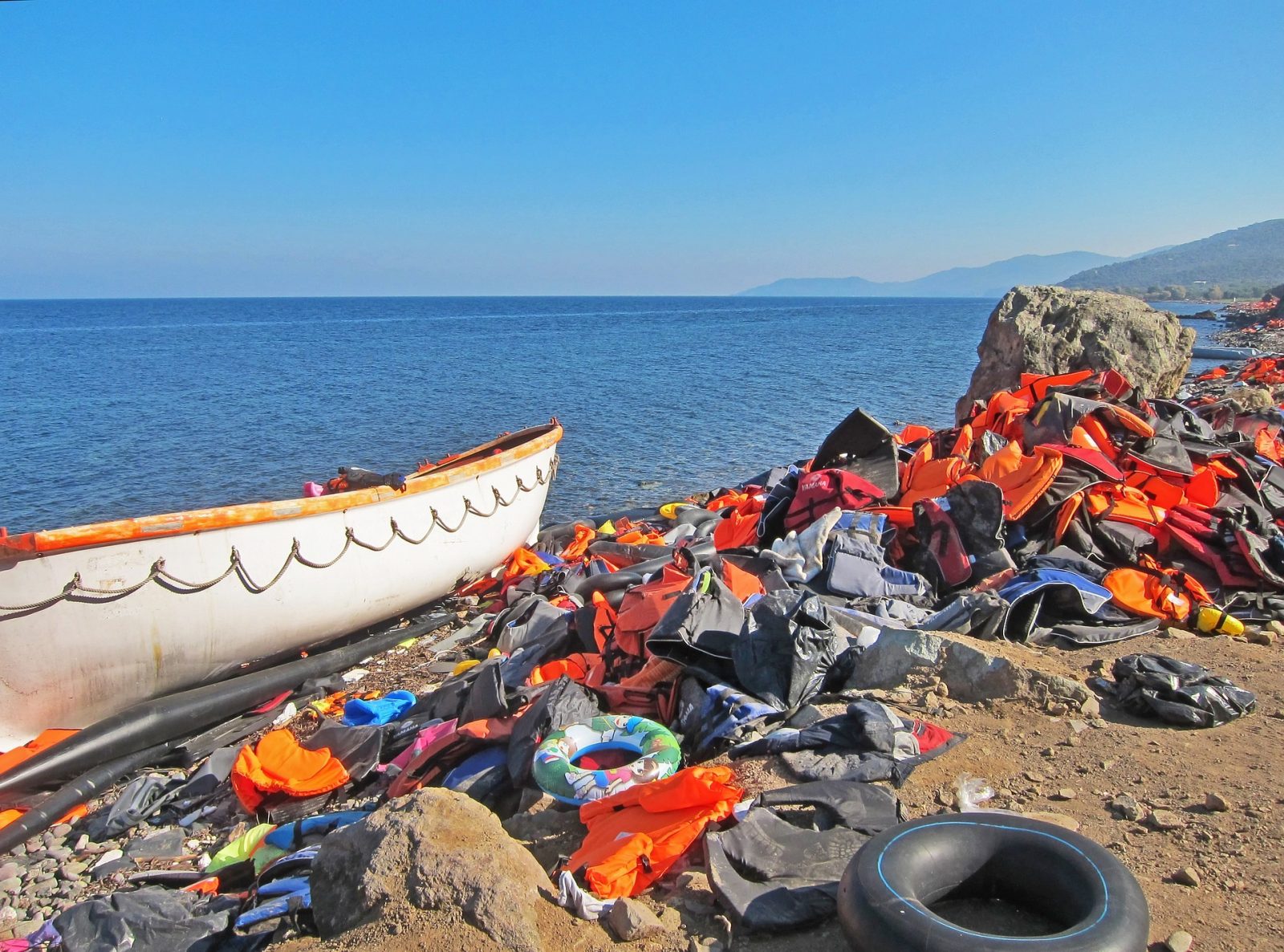 When Chancellor Angela Merkel uttered her famous refugee crisis mantra in August 2015, “we can do this,” she probably did not imagine that this would cost her a sharp fall in her approval ratings while having the exact opposite effect on the anti-immigration party AfD.
At that time, hundreds of thousands of refugees were crossing borders to Europe at the peak of the migration crisis and Turkey had started to complain about sharing the burden of Syrian refugees fleeing war in their country.
But not only German voters, Merkel’s colleagues in other European capitals told her “no we can’t do this.”
That’s when she turned towards Turkish President Recep Tayyip Erdoğan whom he was not particularly fond of.
“Who would have imagined that Erdoğan would come to save her career,” told me later a high-level German official.

The deal that saved Merkel’s career and refugee lives

That’s how the deal that saved Merkel’s career, refugee lives, and Turkish – EU relations has come to life.
Towards the end of September 2015 Johannes Hahn, the European Commissioner responsible for enlargement approached Turkey’s envoy to the EU, Ambassador Selim Yenel, telling him the EU wanted to help Turkey with the Syrian refugee crisis by providing financial assistance. Yet the 1 billion euros offered to Ankara was the money that was already earmarked in the IPA instrument for pre-accession Assistance) funds.
Isn’t that smart? The EU was telling Turkey; “with accession talks going nowhere, use the money we already promised to you; for refugee response instead of projects that will help the membership process.”
And then some ask why Turkey is frustrated with the EU. Describing the Commission’s stance as “disingenuous,” Yenel, now retired, said Turkey refused this approach.

The issue came back to the agenda during President Erdoğan’s official visit to Belgium on the first week of October, recalled Yenel. During that visit Erdoğan had dinner with the heads of the European Council, European Commission, and the European Parliament. This was the highest level meeting between Turkish and the EU leadership ever since 2004. “In the past in such meetings, we would be usually the ones voicing demands; this time we had no particular demands. This time it was the EU’s turn to sort of asking for favors; requesting our help to solve the refugee crisis. They told us, the accession process could be revitalized, the customs union could be revised, and visa liberalization could be speeded up in exchange for our cooperation. We said we will think about it,” said Yenel.
All these details he succeeded in hiding from me at that time; he revealed them at the program he co-jointly presents with Bahadır Kaleağası at Medyascope, broadcasted on March 17.
“Until then we never asked financial assistance from the EU for the Syrian refugees; on the contrary, we kept saying we can handle it on our own;” said Yenel adding, it was during that dinner in Brussels that the EU asked Turkey how much financial assistance would be appropriate. “It is only after that dinner that we first suggested an assistance of 3 billion Euro, which was agreed on in the first deal reached on November 29.”
Yet this deal was not enough to stop the refugee flow; as a result, the EU came once more knocking on Turkey’s door asking the country to host all of the refugees. During the visit of Merkel on the first week of March 2016, followed by Donald Tusk, the head of the Council; the EU’s proposal to host all the refugees was turned down.
But then Turkey revised its position and as it would shoulder a greater burden on hosting all the refugees, it decided to increase its demands for additional funding and also asked for further speeding up of the visa liberalization.

A draft was prepared on the plane that brought the then Prime Minister Ahmet Davutoğlu to attend an EU summit to Brussels on March 17. The draft was first to be seen ahead of the summit by Merkel and the Dutch Prime Minister Mark Rutte who had then the rotating presidency.
What was to be a first in Turkish – EU history, Merkel and Rutte had accepted to have the meeting in the office of the Turkish delegation to the EU.
And when Davutoğlu’s plane arrived to Brussels with a delay; he rushed to the city center to find Merkel and Rutte waiting for him in the Turkish Ambassador’s office.
All this tells me how desperate the EU was at that time to seek Turkey’s cooperation.
In the beginning; the refugee deal, which is a statement, was presented as a “dirty deal,” by some human rights activists as well as NGOs dealing with migration issues.  And Turkey was portrayed by certain circles as being only after financial assistance.
Unfortunately, President Erdoğan’s lust for criticizing the West especially during his rallies has consolidated that image as he developed a liking of accusing the EU of not keeping its promise of financial support for refugees.

Revision of the deal on its fifth anniversary

Currently; all the funds have been contracted and in its fifth year of the refugee deal, the two sides are holding negations for its continuation.
Yet this time, Turkey looks to be the more eager one while the EU appears to be less enthusiastic.
No doubt the two sides would like to see the continuation of the deal. Germany and some other countries are fine with keeping the deal limited to providing financial assistance in exchange for Turkey’s efforts to keep refugees crossing Europe.
Yet some others are unwilling to put their money in their pockets to contribute to the funding. That’s because they feel less the pressure of migration. And also, they see no moral problem in countries like Greece pushing back migrants illegally violating all international regulations. As a result, Turkey’s threat to open the doors does no longer frightens the EU capitals.
Still; although she will leave politics this September, Merkel would not like to end her career with an electoral defeat; she is unlikely to take the risk of having no deal at all.
Turkey on the other hand would like to revitalize all the articles of the deal about Turkish-EU relations; which were put on the back burner due to the failed coup attempt of July 2016.
Unfortunately, Turkey has missed the chance to reenergize relations with the EU, due to the democratic backpedaling that followed the coup attempt. Now it wants to seize the opportunity by trying to convince EU capitals that it will reverse its course. Yet in addition to improvements in human rights records, the EU wants to see the easing of the tension in the East Mediterranean.
While there is relative calm in the seas, European capitals are skeptical about Turkey’s willingness to implement democratic reforms. The March 17 decision of the Chief Prosecutor of the Court of Cassation to seek the closure of pro-Kurdish Peoples’ Democracy Party, (HDP) as well as the decision to strip HDP member Ömer Gergerlioğlu of his parliamentary seat only a few weeks after the announcement of the so-called human rights action plan, will only consolidate their suspicion.
Turkey will yet again miss the chance to revitalize a positive agenda with the EU. 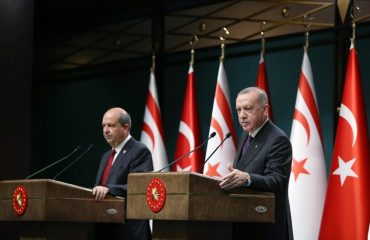 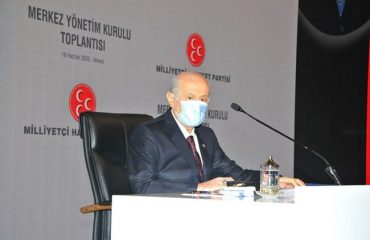 Turkish doctors hit back at MHP head in ‘shutdown’ debate 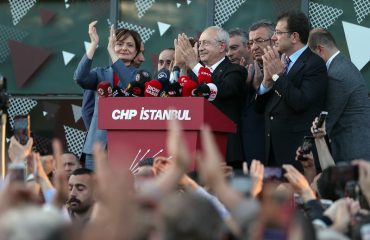