Turkey at a turning point in domestic and foreign policy 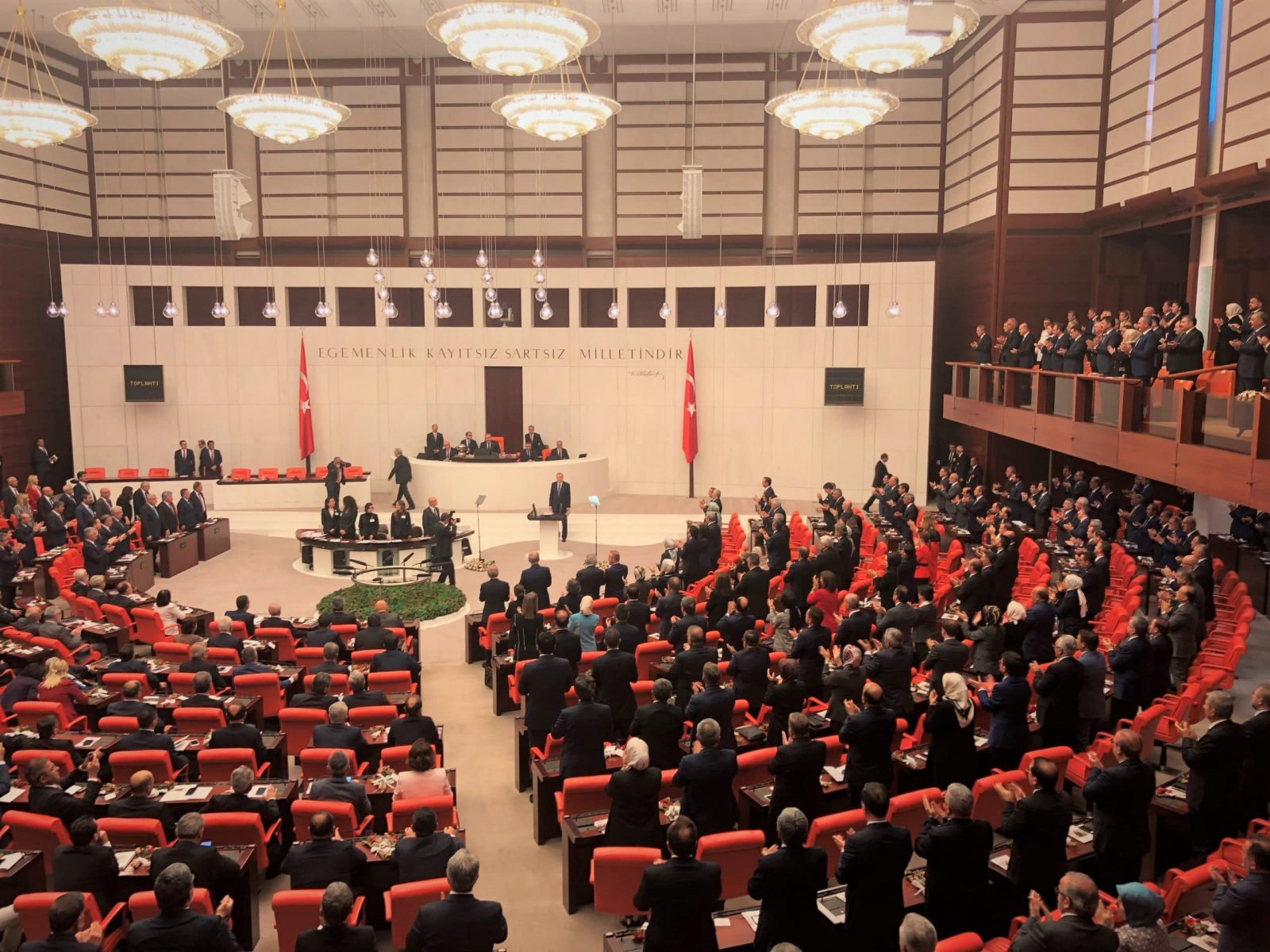 February 28, 2022, marks a critical turning point for Turkey in domestic and foreign policy.

Undoubtedly, the most critical development in foreign policy is the ruling Justice and Development Party (AKP) government’s decision to implement the 1936 Montreux Straits Convention in the face of Russia’s invasion of Ukraine. This decision, which will restrict the passage of Russian ships to the Black Sea based on Article 19 of the convention, has the power to impact the international balances and on the ceasefire talks that will start on the Russia-Belarus border today February 28.

The turning point in domestic politics is the public announcement of the draft Constitution text prepared by the six opposition parties to replace the current presidential system, which they criticized for dragging Turkey into a one-man regime, if they come to power, with a parliamentary system. This marks the first time that a broad-based opposition coalition has formed in Turkish political history.

In foreign policy, eyes are on Istanbul because of Montreux Convention and Ankara because of the opposition coalition in domestic politics. Both turning points occur during Turkey’s struggle in a severe economic crisis and have implications for Turkey’s efforts to get out of the crisis.

Foreign Minister Mevlüt Çavuşoğlu made a statement on February 27 announcing that Turkey will “fully implement” the Montreux Convention. The announcement came after the President of Ukraine, Volodymyr Zelensky, had posted a Twitter message thanking Turkey’s President Recep Tayyip Erdoğan “for their support,” and “The ban on the passage of Russian warships to the Black Sea.”

Answering YetkinReport’s question, a senior Turkish government official said afterwards that this decision had not been taken yet, but the evaluation was still ongoing.

Turkish officials then referred Russian invasion of Ukraine not as a temporary military operation but a state of war. These claims formed the basis of its decision to implement Montreux fully. Before Çavuşoğlu announced this decision, he made a series of phone calls with the foreign ministers of Russia, Ukraine, Qatar and the Netherlands, among them Helga Schmid, Secretary-General of the Organization for Security and Cooperation in Europe (OSCE), and Halit Çevik, Head of the OSCE Ukraine Observation Mission. After the decision, Çavuşoğlu met with UN Secretary-General Antonio Guterres. It is understood that the crisis made him realize not only the importance of the Montreux agreement, which until recently was underestimated by the AKP officials but also the importance of Foreign Affairs-centered diplomacy.

What will the Montreux decision bring?

The Russian invasion of Ukraine caught Turkey amid the economic crisis. Turkey is dependent on Russia regarding natural gas purchase and electricity generation. It imports wheat primarily from Russia and Ukraine. The government relies on tourists from Russia and Ukraine for its cash flow. According to economist Gizem Öztok Altınsaç, the total damage to Turkey of this invasion may reach 30-35 billion dollars. The situation could also block the government from easing electricity price hikes as it has promised to mitigate the public outcry. We saw the first effect on the economy in the record increase in gasoline and diesel prices.

Turkey’s decision to implement Montreux Article 19 does not entirely close the Straits to Russian warships. Under some conditions in other articles, it permits transit and navigation. According to the convention, Turkey gives 15 days in advance for the vessels of war belonging to belligerent powers, whether they are Black Sea Powers or not, which have become separated from their bases, to return thereto which it is bound and anchors. Therefore, room for manoeuvre is left for the implementation of Article 21.

Turkey’s implementation of the Montreux sanction, which it did not resort to even during the Cold War period, will make Turkey, whose geographical and political importance is remembered in the eyes of America and Europe, closer to the West on the occasion of the Ukraine crisis. With this decision, without completely conflicting with Russia, Erdogan made a move that could be considered a turning point within the Western Alliance NATO. However, it is too early to say how quickly this will attract Western investors, whose reservations are Erdogan, not Turkey.

Today, the alliance has grown into a union with six parties aiming to win 2023 elections, form a joint government and change the constitution according to the parliamentary regime principles.

This coalition has three goals:

2- Draft a program that can take the country out of the economic and governance crisis,

3- Determine the staff that will implement this change.

Today, February 28, marks a turning point for the second article as the coalition announces their political program with a public event.

The opposition coalition must also announce a program on how to fix the economy to gain the trust of the people suffering from the economic crisis.

The nomination of the president is the last on the list. Political backstages have long been discussing that the six opposition leaders have already started their talks to determine cadres that will work according to the current constitution if the opposition takes power.

“Second Erdogan” is not wanted

Giving priority to senior management staff before the candidate also has a meaning in terms of who the candidate will be. Opposition leaders want to determine the range of motion together so that whoever will be the candidate does not act arbitrarily and does not become the “Second Erdogan” if elected.

This coalition was made possible by CHP leader Kemal Kılıçdaroğlu and IYI Party leader Meral Akşener (Democrat Party leader Gültekin Uysal should be added with his stable stance despite the lack of votes) acting with the goal of acting together and expanding after the 2019 local elections.

If we go back a bit, we can find that Kılıçdaroğlu “borrowed” 15 CHP deputies to İYİ Party to facilitate the newly established party to enter the 2018 elections and have seats in the Turkish Grand National Assembly. Perhaps it is possible to say that Kılıçdaroğlu is the cement of today’s structure. Because if there had been another name at the head of the CHP who were playing more personally this might not have been the case.

The next 15 months will show whether the opposition coalition will be successful or not.

However, February 28, 2022 will be considered a turning point due to the developments in Turkey’s foreign and domestic policy. 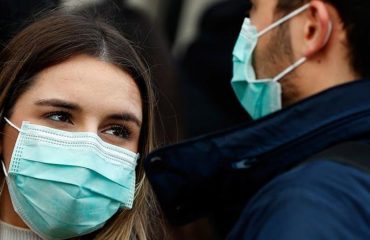 Getting rid of the face coverings as if Covid ended 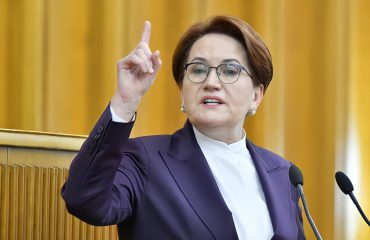 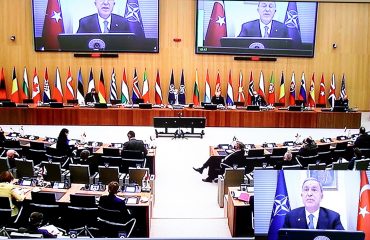 Turkey to get new NATO tasks amid missile split with US