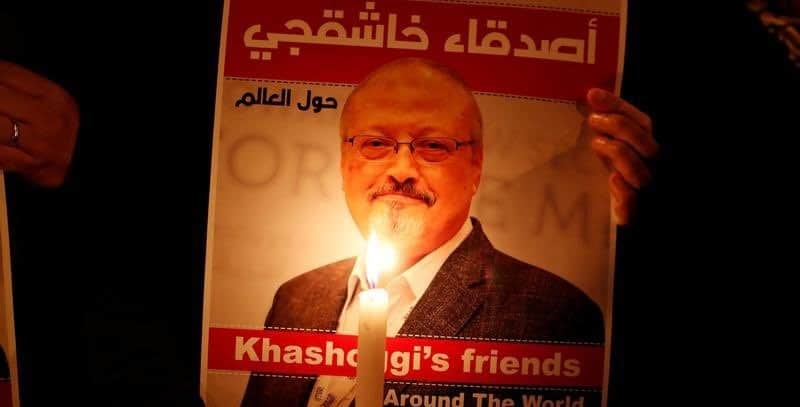 On April 7 evening, pro-government media was in a celebratory mood. It was not because the inflation had fallen or Turkish Lira has started to gain value against foreign currencies. It was not the case that the price hikes for electricity and natural gas was reverted. They were excited because a Lebanese newspaper published a story citing Saudi sources that King Salman invited President Tayyip Erdoğan to perform Eid Prayer together in Mecca.
One of my sources, a business person severely affected by the economic crisis but never give up defending Erdoğan, wrote to me following comment:

“Tayyip Bey achieved a conjunctural psychological advantage against the West, including the USA. The theological meaning in the Islamic world of being invited to pray in Mecca at the invitation of King Salman means that the leadership of the community will be ‘given’ to Turkey through Mr. Tayyip. Except for the opposition in Turkey, the entire Islamic and Christian world, including the Pope, will understand this and ‘that Prayer’ will be one of the turning points of the new world order.”

I asked him if he paid any attention to the fact that the news broke out after the Jamal Khashoggi case was handed over to Saudi Arabia. He wrote “I decline any comment with a smile”. The news of prayer in Mecca had not even been confirmed yet then. That’s the general mood.

What changed so that the case was closed?

Dissident Saudi journalist Jamal Khashoggi entered the Saudi Arabian Consulate General in Istanbul to obtain a visa on October 2, 2018 and was never seen again. It is assumed that a team from Saudi Arabia, including Saudi Intelligence officials, killed Khashoggi while interrogating him and dismembered his lifeless body and then disposed of it; body parts have still not been found.

If the Turkish Intelligence Office MIT had not convinced the American intelligence, the CIA, and later the US administration (by Hakan Fidan who went there in person and make American officials listen to the secret recording by himself) that this was a Saudi murder, Turkey would have been to blame. Donald Trump, who made the biggest arms sale in history ($110 billion) to Saudi Arabia, despite President Erdogan’s accusation of murderer by saying “Do they think that we are fools,” draw the curtain over the crime. One of the first things Joe Biden did after he moved into the White House was to reveal classified documents, confirming that the murder was committed with the knowledge of Crown Prince Mohammed bin Salman.

What has changed so that this week the case file is transferred to the administration who is accused of being responsible for the murder itself?

Will relations be mended by the Khashoggi bargain?

My source, who sincerely believes that the Saudi King will de facto hand over the leadership of the Islamic world to Erdoğan by praying with him in Mecca, answered my question about the Khashoggi case as follows:

“Do you know the negotiations on that file? There are details that will blow your mind even.”

I knew that my source had contacts at critical points of the AKP government. When I asked for details in the past, I got the answer “I can’t tell”; so I didn’t need to insist. He said “even his AKP friend Yasin Aktay, who announced the Khashoggi murder to the world, said, Maybe there are things I don’t know too”. Probably no one would say that it has just been surfaced that Khashoggi is also the chief of open operations of Turki bin Faisal al Saud, the former intelligence chief who opposes the Crown Prince.

But my source insisted that it was a negotiation.

In other words, was the İstanbul court’s decision to suspend the case in which 26 defendants were accused of participating in the murder committed on Turkish soil, after asking the opinion of Minister of Justice Bekir Bozdag, and to hand the case over the file to the Saudi authorities, was the result of negotiations carried out behind closed doors?

What were the “mind blowing” details?

Is there an economic dimension into this bargain?

If so, did these negotiations have an angle of economic benefit as well as a political one? Just in the midst of the economic crisis, on the way to the elections…

My source also has a thesis on this subject, I quote: “If Mr. Tayyip gets enough support from both the West and the East, and especially from the Islamic world, which I think he did, he will immediately translate it to domestic politics. The monetary expansions that will be created by foreign support have a very high potential to get the economy out of the bottleneck. “

While the cost of living is wreaking havoc on the low-income and those with financial difficulties, the belief that Erdogan will fix the economy with the money he will find from the outside world, and thus win the election in 13 months, is dominant within AKP circles.

This framework includes efforts to reconcile with the United Arab Emirates and Israel. If the US has approached Turkey again, it is not only because of Ukrainian politics, but also because of these maneuvers.

But back to our question: Will the relations with Saudi Arabia, which have hit rock bottom for a while, be fixed through negotiations over the Khashoggi murder case?

Is it up to the King of Saudi Arabia, one of the darkest regimes in the world, to give the ratification of the elected President of Turkey for the leadership of the Islamic world through the Eid Prayer in Mecca? And which Islamic world? We are talking about a geography that spreads from Morocco to Iran, from Egypt to Indonesia and cannot act together on any issue.

But according to my source, King Salman’s calling Erdogan to the Eid Prayer meant “the Saudi Kingdom’s allegiance to Turkey,” and others would follow.

I said, you believe what you want to believe, this is the situation. 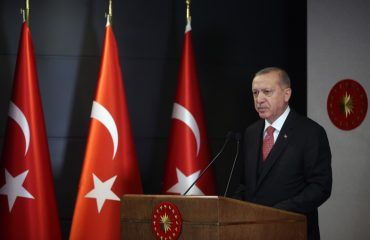 Is Erdoğan hoping for election victory from COVID-19? 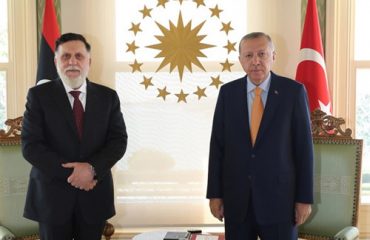