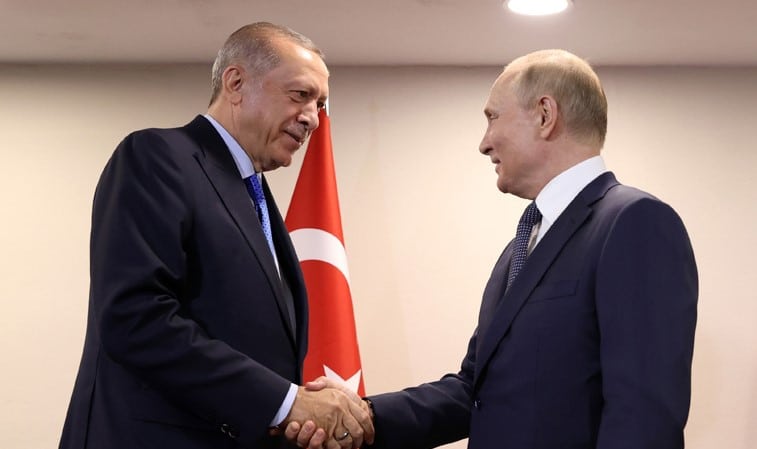 In the midst of the Ukraine war, Putin declared that the Akkuyu Nuclear Power Plant completely belongs to Russia before meeting with Erdogan in Sochi on August 5. While the Türkiye’s treasury was in trouble due to the economic crisis, Erdogan had to put up with Putin’s fait accompli.

Do you know what would have happened if Russia’s Rosatom, the Akkuyu Nuclear Power Plant’s subsidiary, had not suddenly announced on July 29 that it had terminated the contract with the Turkish partner IC İçtaş for the construction of the plant? President Tayyip Erdoğan would return from Sochi, where he will meet with Russian President Vladimir Putin on August 5, with the good news that Russia has decided to purchase 10-15 billion dollars worth of Turkish Treasury bonds.

The gospel would probably also include that the US-controlled SWAP system is not applicable since Türkiye-Russia trade would now be carried out in Lira and Ruble. Putin did not allow this. He officially usurped one of Erdogan’s trump cards and started the Sochi meeting 1-0 ahead.

More importantly, Putin announced to the Turkish public that Rosatom, the Russian state atomic energy company founded in 2007, is 100 percent owner and operator of Akkuyu. While the Treasury was in trouble, Erdogan had to put up with Putin’s fait accompli.

Moscow started with a psychological operation. First, the Turkish press was informed that 20 billion dollars would come from Russia. The first 5 billion was due this week. This money would be used for the expenses incurred by the Akkuyu power plant, and the next 15 billion within three weeks would be kept in Türkiye for 2 years. Where? In the vaults of Russia’s state-owned atomic energy company Rosatom.

Before this news could even have an expected positive effect on the markets, another news broke that Rosatom terminated its agreement with Turkish firm IC İçtaş on the same day. The next day, Rosatom announced that it had signed a contract with TSM Enerji, İnşaat, Sanayi AŞ for the construction of the Akkuyu Nuclear Power Plant.

At first glance, it looked like an agreement was signed with another Turkish company. However, according to the documents published by journalist Toygun Atilla on OdaTV, the TSM was composed of three Russian companies: Montajno-Stroitelnoye Upravneliye and Sosnovoborel, the Russian contractor of electro assembly and construction, Titan-2. The headquarters of the construction company is in Moscow.

İçtaş says it will apply to international courts. While the government seems to have put up with this fait accompli for now, it doesn’t look like they will. However, it can be said that Putin removed one of the most important possible issues on the agenda of meeting with Erdoğan before Erdoğan’s arrival, and without Erdoğan’s response.

Partnership in construction is also over

Akkuyu is the first power plant in the world to be established with the “build-own-operate” system. There is no “transfer” part of the “build-operate-transfer” system. According to the agreement, it will not be handed over to the Turkish state after a while, it will always be Rosatom’s, which is as you know Russia’s state-owned atomic energy company.

Another noteworthy aspect of the issue is that the contract was terminated 8 days after the 4th unit groundbreaking ceremony on July 21 where the project was praised stating the construction progressed according to the schedule. This shows that the decision was more political than economic. Journalist Çiğdem Toker had already written that the government allocated a budget for its promotion because it knew that the project was political. Recent developments prove this.

İçtaş says they will apply to international courts. Let’s also note that the IC will no longer be responsible for parts that Russian companies have to import from the West due to the US embargo. But in the end, there is no Turkish participation in the Akkuyu project at the moment.

Let me remind you that President Erdoğan, who signed the “build-operate-not transfer” agreement with Russia when he was the Prime Minister and got it approved in the Parliament with the AKP votes, once criticized former Prime Minister Mesut Yılmaz for signing Blue Stream natural gas pipeline project with Russia with the condition of “take or pay”.

Do you know the price? At an unprecedented price in the world: 12.35 cents/US dollar per kilowatt hour, that makes 221 kuruş(cent) in Turkish Liras at an exchange rate of 17,92 USD/TRY.

A heavy burden to the people and the state

Well, do you know how many liras the state sells electricity to the distribution companies that set the electricity prices, which caused the public’s rightful reaction? The average to the Energy Market Regulatory Authority (EMRA) is 125 cents. Moreover, the price of Akkuyu electricity will automatically increase as the Turkish lira depreciates against the US dollar.

Japan withdrew from the construction of the Sinop Nuclear Power Plant, as the electricity price was no longer feasible in the face of rising costs. But Russia, which has a reach to the Mediterranean thanks to the Akkuyu NPP, has no intention of withdrawing from this lucrative agreement, on the contrary, it is showing its strength in the middle of the Ukraine war, over the signatures signed in 2010, before a critical meeting.

Now the question is: Will Erdogan give Russia the construction of the second power plant in Sinop on the Black Sea, overlooking Russia?

It will be the public that will pay the consequences of this over electricity prices and the burden on the Treasury.

What will Erdogan-Putin discuss in Sochi?

Journalist Ragıp Soylu wrote that, based on Russian documents, the issue could be attributed to Rosatom’s purchase of Treasury Bonds worth $6.1 billion. The government has yet to make an official statement. Maybe the Presidency is still thinking of announcing it as good news after Erdoğan’s return from Sochi as if that news had never come out.

The Kremlin announced before making the Akkuyu move, that the Ukraine-Russia grain agreement, which was signed under the auspices of the UN and Türkiye’s facilitation and guarantorship will be the main topic of the meeting in Sochi. However, Erdogan mostly wants to talk about Russia not preventing possible Turkish cross-border operations against the PKK and its affiliates in Syria, and ensuring that the Syrian regime forces do not interfere with it, as in previous operations.

That reminds me of what former Prime Minister Süleyman Demirel once said when he formed the DYP-SHP coalition government with Erdal İnönü: “Türkiye should never again be looking for money on political provisions.”

The fact that Minister of National Defense Hulusi Akar said, “If they (USA) don’t sell us F-16s, we have an alternative” after the US expressed condolences to the PKK militant, the SDG executive killed by the MIT pursuit in Syria, and before the Sochi meeting, seems to imply that Erdogan will go to a new arms deal with Putin. Is it possible while the Ukraine war is raging? Very unlikely, but the grand picture is like this. 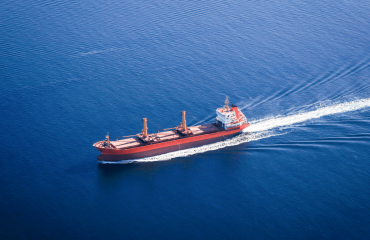 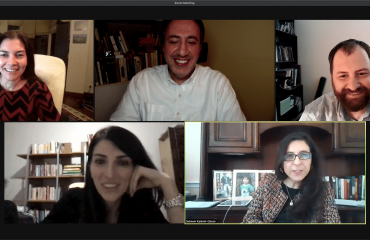 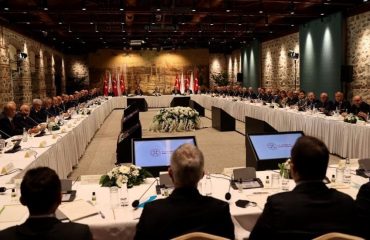