AKP’s plan to bring the elections forward may not work 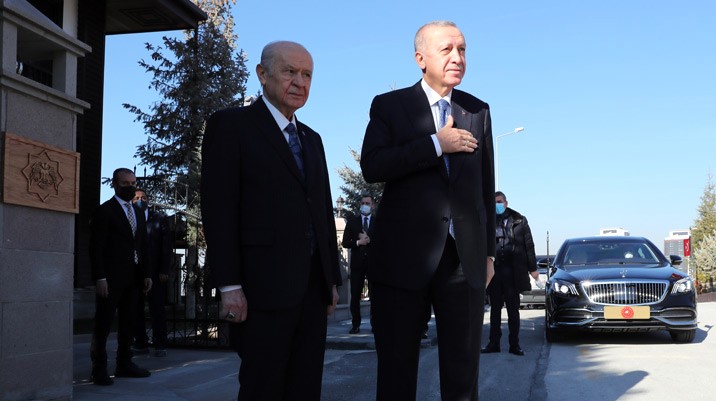 President Recep Tayyip Erdoğan and his People’s Alliance Partner Devlet Bahçeli. AKP is planning to bring June 18 elections forward because of its concern that Erdoğan may not win in the first round.

The ruling Justice and Development Party (AKP) has been hinting at rescheduling the 2023 elections before its due date of June 18 for some time. There are some drawbacks to doing so, especially in light of President Recep Tayyip Erdoan’s reelection and the AKP maintaining its parliamentary majority. There have been discussions about moving the elections to May or even April. However, the atmosphere in the political backdrop indicates that the opposition will try to disrupt this plan and prevent the elections from being brought forward.

There are two ways the AKP can change the elections date. The first is President Erdogan’s decision to dissolve the parliament. In this case, Erdoğan will be able to be president for the third term with the help of the constitutional amendment in 2017. According to the constitution, a person can only be president for at most two terms. However, after the article was added to Article 116 of the Constitution with the 2017 referendum, the president can decide to renew the elections, and thus the president can be nominated again in their second term. However, in this case, it seems certain that the opposition parties will make propaganda with the theme that “one man dissolves the Parliament for his own political gain.”

The second way is the decision of the Assembly. According to the same article, the parliament also has the authority to renew the elections, but, in this way, Erdogan needs 360 votes. However, there is a parliamentary arithmetic obstacle here.

Although the AKP’s “People’s Alliance” partner, the Nationalist Movement Party (MHP), leader Devlet Bahçeli, says that “elections will be on time,” it is unlikely that he would reject this request from Erdoğan. The AKP has 286 seats and the MHP has 48 in the parliament. Total votes for the People’s Alliance are 334. If we include one vote from the BBP, the total is 335. So Erdoğan would need an additional 25 votes to reach 360.

In this case, the AKP may resort to luring votes from opposition parties and independent lawmakers and bargaining for them. It seems almost impossible for the AKP to overcome the MHP barrier and have the support of the Kurdish-issue-focused People’s Democratic Party (HDP) with its 57 seats, unless it makes huge concessions.

Even if we think that the AKP may appeal to independent lawmakers and lawmakers from small parties by granting them parliamentary seats in the next elections, the total number will only be 18. In addition, four of them are members of the opposition alliance formed by six parties: Table of the Six. It is unlikely that the Turkish Labor Party (TİP), with its four members, will support Erdoğan’s bid.

In other words, if the AKP wants to take the elections forward, it has to knock on the door of either the HDP, the CHP, or the IYI Party.

Reasons for an early elections and opposition

So, will the opposition parties allow Erdoğan to play with the elections date for his own political interests?

The impression I got from the meetings I had with the important figures of the opposition in the last few days is that if the AKP brings its proposal to move the elections forward to Parliament, their plans may fail. The opposition seems ready and willing to take the risk of the government’s counter propaganda against them by saying that “the opposition is afraid of elections.”

There is a possibility that the government may not bring the proposal, knowing that the opposition will reject it; In this case, the elections will be held on June 18, on time.

Because the opposition is of the opinion that the following reasons lie behind the government’s intention to bring the elections forward:

Firstly, AKP is aware that even if it spends the resources it expects through foreign policy manoeuvres for populist propaganda purposes, such as increasing the minimum wage, improving retirement plans, and reducing energy bills with the support of Russia, the effects of these temporary solutions will fade away in a few months as the deterioration in the Turkish lira continues. For this purpose, Erdoğan doesn’t want the elections to be held earlier than June.

Under these circumstances, the elections to be held on June 18 as scheduled will weaken the AKP in the Parliament and may prevent Erdoğan from being elected in the first round.

If the presidential election goes to the second round, it will be held on July 2. Schools are expected to close on June 16. Between June 28 and July 1, there is the Eid al-Adha holiday in Türkiye. In other words, some of the electorate of the AKP may not go to the polls for reasons such as pilgrimage, a visit to their hometown, or holidays. The opposition side, on the other hand, showed its determination to go to the polls in any situation against Erdoğan.

For this reason, scenarios are being discussed to bring the elections forward, so that if the second round is held, it will be held on June 16 before the schools are closed. The plausible dates are May 28, May 21, and May 14.

Those who calculate that the impact of the economic steps will not last until that time, on the other hand, circulate earlier dates, for example, towards the end of Ramadan, on April 16.

Elections as important as the candidate debate

The leaders of the Table of Six are determined not to announce the candidate they will bring before Erdoğan until the AKP and MHP make the election decision. This situation actually puts the AKP in a difficult position. Because whether they will take the elections forward or not, depends on whether they learn about the opposition’s candidate and start a personalised counter-propaganda campaign accordingly.

I think it’s time to consider the opposition’s discussion of the candidate together with the debate about bringing the elections forward. 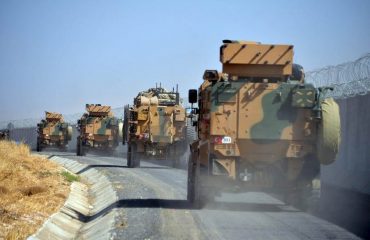 Tension high in Ankara amid news of fallen soldiers in Syria 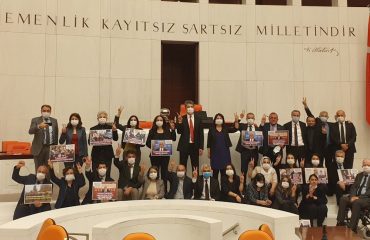 US, EU slams Turkey over moves against HDP 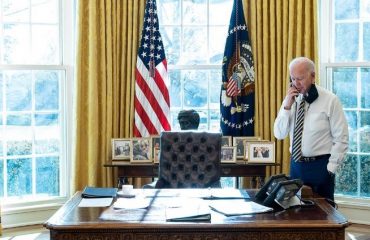 Waiting for Biden to call, like waiting for Godot