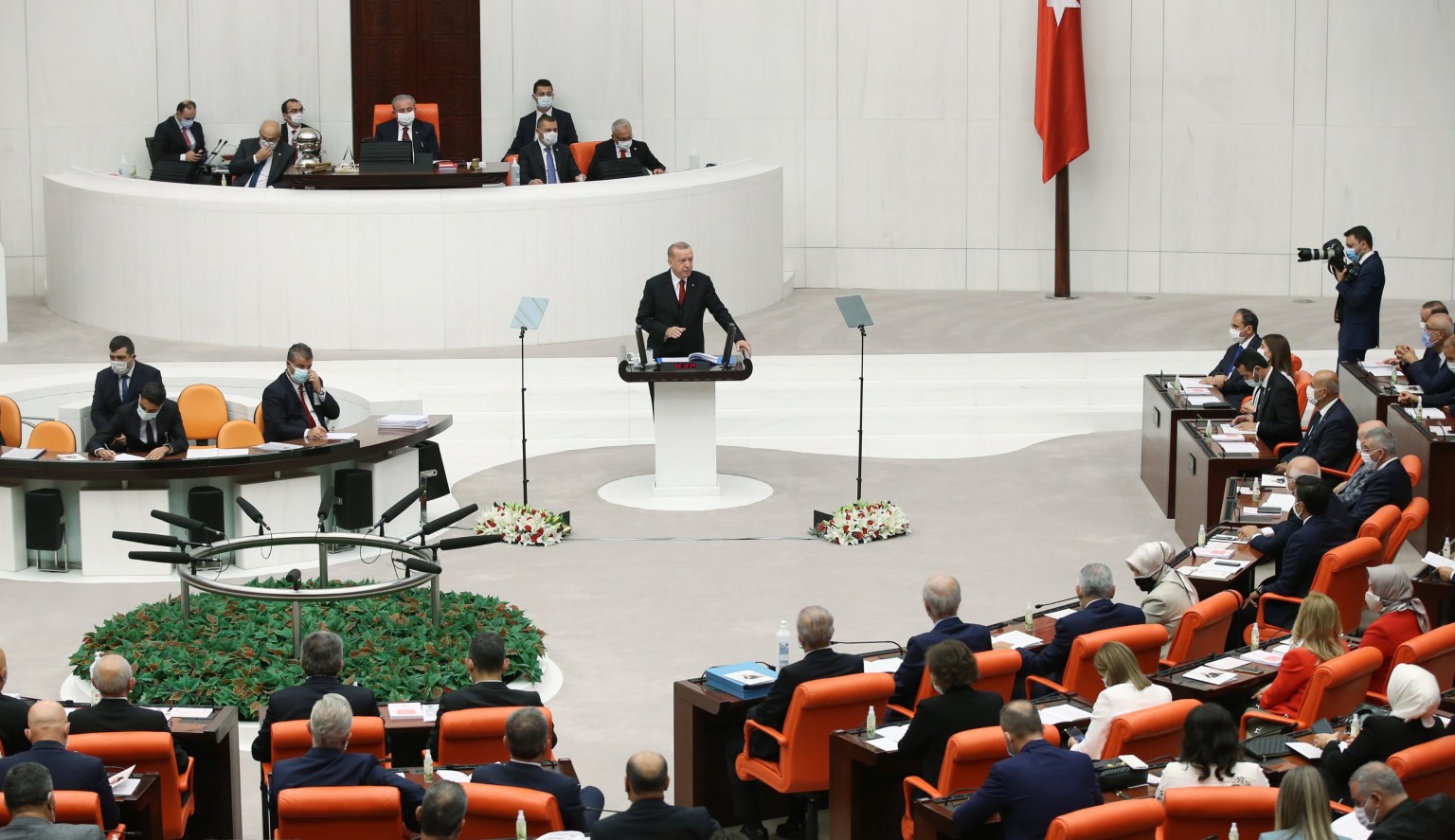 Upon its foundation in 2001, the Justice and Development Party (AKP) brought a new breath to politics. With that wave of hope, it took power alone, taking 34 percent of the votes in 2002. The following years saw an e-memorandum, a closure case against the party, and a coup attempt. Next month, it will be AKP’s 18th year in power. To better understand where Turkey has come in those eighteen years, let’s consider the concepts of Justice and Development and take a broader look at AKP’s situation. Describing each aspect with a few examples under each heading listed one after the other, I believe, will suffice. Although, the startling statement of a young garbage collector, “I have no dreams,” in response to a TV reporter’s question about his dreams for the future, could also give us an idea about the justice and development aspect.

When the pandemic first hit Turkey, the Government had passed a law to empty prisons where crime organization leaders were released. Politicians, journalists, and writers however were kept incarcerated. The Constitutional Court AYM) had narrowly rejected the opposition parties’ application on the grounds of injustice. When the justified decision of the Court was released it was seen that those members who objected to the ruling said that the new law meant “someone sentenced to six years would not even spend one night in prison.”

On the other hand, many politicians like former HDP co-chair Selahattin Demirtaş, many opinion holders like Osman Kavala, are kept in prison for years without any conviction. A movement like AKP that has gone through party closure cases is now the one wanting to inflict party closures. Journalist Müyesser Yıldız has not been released yet but other colleagues who have recently been released are under the same threat. All assets of journalist Can Dündar, who lives in Germany now have been confiscated.

MHP leader Devlet Bahçeli said that the AYM should be abolished for not being compatible with the Presidential Government System. President Tayyip Erdoğan supported this claim. There is talk in the political backstage in Ankara that political pressure on the Court is already building up to prevent the passing of CHP’s possible objection to Erdogan’s candidacy for re-election.

This politicizing picture of justice and the judiciary is not bright.

We can talk also talk about the economy instead of development. The value of the Turkish lira fell to the lowest level in 27 years on 7 October. The lowest since 1993. In other words, our money is more worthless than it was in 2001 when Turkey experienced its worst financial crisis. But Treasury and Finance Minister Berat Albayrak, whose main duty is to take care of this, still gets to say that he does not mind the state of the Turkish Lira. In an open-ended MetroPoll survey, confidence in him was 4.9 percent.

Foreign pharmaceutical companies are threatening to stop selling drugs to Turkey due to debts exceeding one-and-a-half billion USD. Meanwhile, the highways and bridges that we did not use are still getting paid for in foreign currency, benefiting contractors close to the government. According to the Court of Accounts report, the Presidency’s daily expenditure is 10 million TL.

The development model based on the construction sector does not work anymore, but the persistence continues. We will face the real unemployment figures when the COVID-19-based layoff ban is lifted. Income distribution is worse than in the 2001 crisis. According to TURKSTAT, the richest 20 percent have half (47{4a62a0b61d095f9fa64ff0aeb2e5f07472fcd403e64dbe9b2a0b309ae33c1dfd}) of the income in the country, while the poorest 20 percent are satisfied with 6 percent of the income.

The development aspect seems to be in decline.

Since 2014, Erdogan has purged his ranks. Respectively, he made Ahmet Davutoğlu liquidate Abdullah Gül, and got Binali Yıldırım to take care of Davutoğlu. Later, through an agreement with Bahçeli, he ended Yıldırım’s Prime Ministry term sooner, thus pulling him out of the picture. When it comes to Bülent Arınç, we can consider him interned in Beştepe. It seems none of the people who opened their eyes to politics before Erdoğan were kept in active politics around him.

The crisis of 2007-2012 was overcome with the intense support of Fethullah Gülen. Then, Gülen’s organization was radically purged from government ranks between 2012-2016, and even more so after the July 15 coup attempt. There was a certain logic to this. Erdoğan got the external support he needed to keep his Presidency up from MHP, on the condition of abandoning the Kurdish dialogue policy via HDP. However, some religious communities, sects, and groups that suffered losses due to the transition of large municipalities, especially Istanbul and Ankara, to CHP. And they have now started to blackmail Erdoğan: they want a share of state facilities back. Erdogan is not happy with this situation, but these sects do have their places in the grassroots.

Bahçeli is also dissatisfied. He wants the current system to continue where he can be involved without taking any responsibility. Perhaps the issue of “party-member president”, which he was against at first but later accepted, can be considered an exception.

Where to go from here?

Under these circumstances, in the AK Party General Assembly expected in 2021, Erdogan may consider leaving the burden of “party-member president” making Albayrak the symbolic party president (that is, if Albayrak remains in the picture that long), and leaving the economy to a more trusted name.

On the other hand, this would mean that family affairs would be intertwined with not only government affairs, but party affairs too. It is not easy to predict how much this situation will please those names having their own political bases. Interior Minister Süleyman Soylu, for example, or AKP Deputy Chairman Numan Kurtulmuş. Or, Defense Minister Hulusi Akar, who is currently the de facto performer of military diplomacy. Nor the Parliamentary Speaker Mustafa Şentop, who works relatively smoothly with Erdoğan, Bahçeli, and Vice President Fuat Oktay in the current structure.

But in any case, with AKP’s 2021 congress, political allegiance will likely be reduced to personal loyalty to President Erdoğan. The Presidential System of Government triggered criticism of the “party state.” Now, the 2021 AKP congress, held amid party problems, can trigger the discussions on “leader party.” 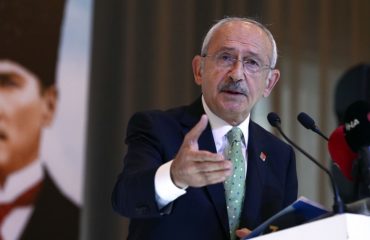 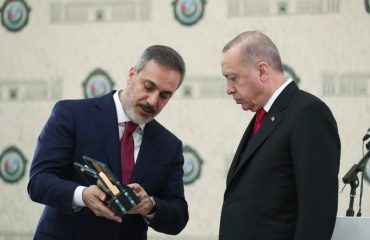 A turning point in the fight against PKK 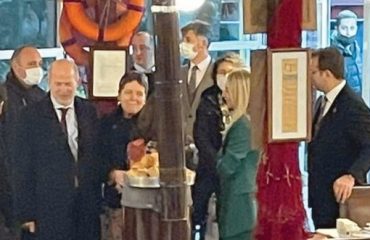