World is on the brink of big change, but is Turkey ready?

Home /Politics/World is on the brink of big change, but is Turkey ready?

Before the Covid-19 pandemic began to take over the world, the 3 Nov. 2020 U.S. presidential election was considered to be a turning point that would shape the future of world politics. However, the power of nature, or the epidemic, not only pushed the U.S. presidential election into the background but has dragged the world to the brink of serious change in all respects. The extent of this change was not understood in the early stages of the epidemic. For example, organizations such as the World Bank, IMF, or the OECD predicted that the economies would start to grow again in 2021. Now, it is said that the change will not be limited to growth figures, and the capitalist system has come to a turning point. Davos World Economic Forum President Klaus Schwab recently said that Covid-19 epidemic has brought the end of neoliberalism and that neoliberal ideology must be replaced by “responsible capitalism” for capitalism to survive. Wolfgang Ischinger, chairman of the Munich Security Conference, considered the Davos of global politics, describes the post-Covid world as “a great strategic puzzle”, saying it is uncertain who will collect the scattered pieces and put them together.
So, there is at least an idea about what will end, but not about what will take its place.

US elections and Turkey

Let’s make an analogy about the U.S. elections. Democratic candidate Joe Biden’s supporters do not seem to expect any fundamental differences or strategies other than Donald Trump’s leaving. Turkey’s former ambassador to Washington, Namık Tan, therefore, thinks that the real change in U.S. politics is a shift to right, this is not about choosing Trump or Biden. It is also possible to interpret this as that U.S. politics will be “more Christian and white-oriented” and more power-centered. This would be a development that will affect world politics and create its counterweights.
Some of the President Tayyip Erdoğan opposition think that everything will be good when Biden comes to power. This is a serious illusion. Because:

1- It is wrong to attach a political change in Turkey to an external factor such as the U.S. instead of the power of voters in Turkey.

2- Yes, if selected Biden can take some steps that would hurt Erdoğan and Turkey in line with his election promises. But these steps would not be that harsh to avoid pushing Turkey into Russia’s arms. Ankara’s strategic importance for Washington is still linked to Moscow.

4- The CoviX19 epidemic is ongoing.

Is Turkey aware of the change?

We can say that Turkey has to recognize the changes taking place due to the Covid-19 pandemic. The lack of shrinkage in the spread of the outbreak and the absence of an expected economic recovery played a role in such awareness. The following speech of Erdoğan in September was different from the casual “there is no country better than us” suggestion he occasionally makes: “The world has entered a new era and nothing will ever be the same as before. Covid-19 is primarily a health crisis, but it has deeply shaken every area of our lives due to its consequences. (…) It is not possible to come out without damage.” In a recent speech, Turkish Industry and Business Association (TÜSİAD) chair Simone Kaslowski tried to give early warnings about the world after the coronavirus: “In the post-pandemic world, investment and cooperation choices will be made not only according to prices but also legal systems and values of the countries.

Kaslowski finds it necessary to adhere to the principles of the rule of law and predictable policies in order to survive this period with the least damage. In his speech, he also pointed out that Turkey’s relations with the European Union, its partner for more than half of its foreign trade, deteriorated at a time when the EU is building new supply links with Japan, India and Mexico.

Turkey and the change?

The U.S.-China conflict in the Pacific sits in the center of the change. Russia is in alliance with China in this process. It even said recently at the Valdai Forum that it is open to a military alliance with China, even though it is “not currently on the agenda”. Still on Oct. 23, Chinese leader Xi Jinping challenged the U.S. without naming it.

The tension in Turkey’s relations with the U.S. and NATO climbs due to Ankara’s purchase of Russian-made S-400 missiles. Turkish Defense Minister Hulusi Akar’s announcement that the missile system was tested despite U.S. threats but they would not be connected to the NATO systems and the mutual cancellation of navy exercises with Greece in the eastern Mediterranean actually opened a new gate to negotiations with both the U.S. and NATO. When cards reshuffle in the political dimension of the change, Erdoğan wants a seat at the table, this is normal. But Turkey’s road to such a goal is questionable.

From a point of view, recent steps changed the balances in Libya, the eastern Mediterranean and Azerbaijan. On the other hand, the number of enemies is increasing. And these are the Muslim Arab countries that Erdoğan praised until recently.

The situation inside Turkey

To sum up, in the economy, a global fight between the social state and the current system that tends to “protectionist capitalism” and results in unfair distribution of income along with judicial and political injustice is at the gate. In politics, the pain of change is now seen in international and supranational institutions from NATO to the EU, and even to the U.N. As the Covid-19 continues, the U.S. presidential election results will have an impact on all countries, not excluding Turkey. Erdoğan and his government’s target of “garden of roses” by suppressing the opposition, the critical voices and the media through judicial and police measures while trying to increase investments, production and employment is neither realistic nor sustainable. Returning to the rule of law and the social state will be the best way to leave the trauma of the 2016 coup attempt behind and look forward. This is also the best way for Turkey to take a seat at the tables of playmakers not only for its military power but also for its economic and political development.

What do the Amazon fires mean?
Turkish boycott on France, dollar rush and Republic Day 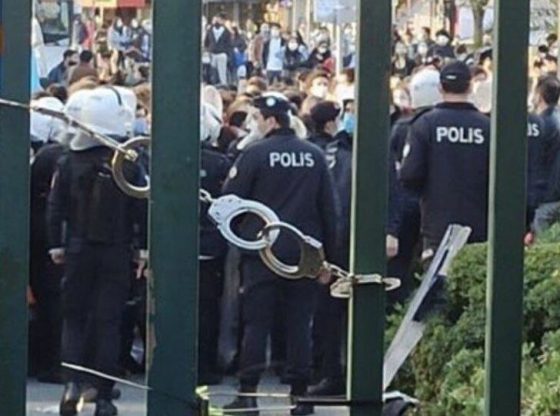