The Jan. 28 press briefing of Central Bank Gov. Naci Ağbal marked the agenda of politics in Ankara and the economy in Istanbul. The meeting was interpreted as complementary to the Jan. 26 written support by four major business organizations to the price stability policy announced by Ağbal.

The press conference was interesting in two ways. The first is that the Central Bank held a satisfactory briefing for the first time in a long time, according to reputable economy journalists. The second was a considerably long question read out from a sheet by Okan Müderrisoğlu, the Ankara representative of Sabah newspaper. Reading out questions is not customary for senior journalists like Müderrisoğlu. Sabah is a pro-government newspaper owned by the family of Berat Albayrak, who unexpectedly resigned as the Treasury and Finance Minister in November last year, and Müderissioğlu’s question –or comment– was implying that the economic policy implemented since the leave of Albayrak “wasn’t sufficient enough to be hopeful of future.”

“On the contrary to what you have expressed,” Ağbal replied, a contradiction between a senior government official and Sabah newspaper that was unthinkable only a few months ago. We can understand from economy columnist Uğur Gürses’ article that the meeting ended with questions by many other journalists pending.

Let’s come to the support of the capital

This is an interesting situation for Turkey. The criticisms of the price stability policy –which is backed by the local and international big businesses– came from the inside. The government would lament such criticism as destructive if it came from the main opposition Republican People’s Party (CHP) or its election ally İYİ Party.

And all these happened at a time when four business organizations –the Turkish Industry and Business Association (TÜSİAD), the Independent Industrialists & Businessmen’s Association (MÜSİAD), the Union of Chambers and Commodity Exchanges of Turkey (TOBB) and the Confederation of Turkish Tradesmen and Craftsmen (TESK)– released a joint statement that backs the Central Bank policy.

This meant that TOBB and TESK which had been opposing higher interest rates, this time took the risk of contradicting with their grassroots by agreeing to TÜSİAD and MÜSİAD, the organizations of rather bigger companies that have room to consider the long-term effects of the issue.

“Price stability ensures predictability and sustainable growth. Growth through loan mechanisms is not permanent and healthy” said TÜSİAD President Simone Kaslowski to express his support to the Bank. What he found unsustainable was the policy implemented until the resignation of Albayrak, the son-in- law of President Tayyip Erdoğan, on Nov. 8, 2020.
Moreover, the IMF supports the new policy, which means that Erdoğan now has the support by both the domestic and international capital on his side now.

The dance of the capital with the government goes further. It was revealed that the majority do not believe in the inflation and unemployment figures announced by TÜİK, the official statistics institution of the state. According to the allegations, the reason for such mistrust is not limited to unreliable items included in inflation calculation.

The claims spoken in the political backstage include that some people made phone calls on behalf of the government to the producers during the data collection periods of TÜİK to force them to lower the prices –even for a limited time. Upon that, some media reports said that TÜİK founded a committee to audit inflation calculation. It was heard that some non-governmental participants such as representatives from TÜSİAD, TOBB’s think tank TEPAV, and academics were invited to this committee. This is actually a confession by the government that citizens have no trust in the official figures. But this also abolishes the right to question the authenticity of the figures for economic powerhouses such asTÜSİAD and TOBB if they remain silent.

“The new line of the government and the Central Bank has been very positively received by investors both inside and outside. However, this positive atmosphere has not yet been shared by the local public,” according to one observer looking at the Turkish economy from the outside.

What the observer means by “local public” is us. If you peel this expression from its diplomatic skin, one can interpret that Erdoğan and his new economy team headed by Finance and Treasury minister Lütfi Elvan and Ağbal have not convinced the public that things will improve. The big capital seems to have been convinced.

Of course, they are especially hoping for a new fiscal policy, legislation that does not change frequently, and real judicial reform that is not for political show. This is why the EU calls for concrete steps as soon as possible while supporting the reform remarks by the government. Therefore, everyone is aware that the dance figures look elegant but the music rising in the background is primitive.

And see who are missing in this picture: Employees, the jobseekers, and the common people whose dire straits is worsening each day.

A kennel letter from Ankara…

What does Biden tell Ankara… 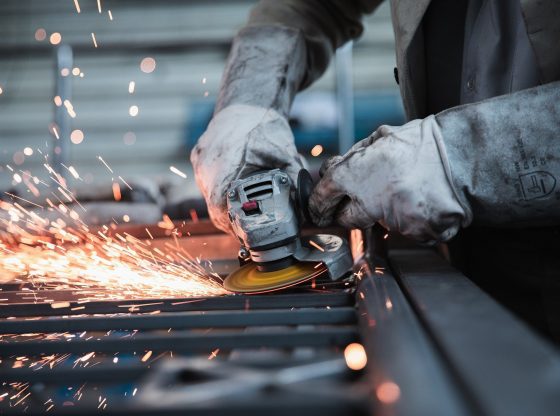