As the former Fed chair Ben Bernanke once put it, “Monetary policy is 98 percent talk and only 2 percent action.”  What Bernanke highlights with that quote is the capability of a credible central banker in steering the markets in the desired direction, by communicating the central bank’s end goals with the markets.

How about an alternative scenario? What if the markets do listen and incorporate a 5 percent increase in prices while the actual inflation rate turns out to be 7 percent? The central bank fails to fulfil its promise. In this case, there will be an arbitrary income redistribution. Borrowers will gain at the expense of lenders. Fixed income groups will experience a decline in their real wages. The uncertainty about price stability will alienate investors. If this happens in a repeated manner, central bank loses credibility in the eyes of market participants. At this time, markets no longer anchor their pricing decisions based on central bank’s forward guidance. Rather, they incorporate the realized inflation into their pricing decisions looking forward. Hence, inflation becomes sticky.

How does the central bank gain credibility?

How can a central bank with weak credibility break this vicious circle and re-establish price stability? When words don’t count, you need action. The central bank has to hike interest rates.  In other words, it has to bring the “bitter medicine” to the table to show that it is sincere about achieving price stability.

Let’s now evaluate the recent dismissal of the former governor of CBRT from this perspective. Ağbal took over a central bank with double digit inflation, negative foreign currency reserves, and hence very poor credibility. In order to strengthen the value of TL and eliminate the spillovers onto inflation rate, he had to hike interest rates by 875 basis points during his short four-month tenure. He noted that the rate hikes would also cool down an overheated economy that was fueled by excessive credit growth before his term. His communication was effective. In fact, following his latest 200 basis points rate hike just two days before his dismissal, long-term bond yields remained mostly flat, reflecting the improved market sentiment about inflation expectations. In other words, Agbal’s policy decisions had slowly started to buy the much-needed credibility.

It was in this environment that he was dismissed with a sudden overnight announcement. This unexpected move shook the markets. The expected reversal to the reckless policies before Agbal caused panic sell-offs and sizable capital outflows in a matter of two weeks. In the face of this chaos, the new governor Şahap Kavcıoğlu tried to calm the markets down by noting that the monetary policy stance will remain intact.

The markets are not convinced. After all, if something is not broken, why fix it? If Agbal’s policy stance was well approved by the government, then why was he removed?

Where do we go from here?

It is hard to grasp why the much-needed and hardly bought credibility would be thrown away with a sudden decision and what good could possibly come out of it. From an economic standpoint, the third replacement of the CBRT governor in less than two years is clearly bad news for credibility. Unfortunately, that brings us to the principle that I mentioned earlier: A decline in credibility only increases the interest rate that has to be paid to achieve price stability. This negative relationship gets stronger in environments where external debt is high, macroeconomic fundamentals are weak, and the economic outlook is rather blurry such as the case in Turkey. Thus, we can safely note that the preference towards lower interest rates only increased the need for higher interest rates.

The annual inflation rate was announced to be 16 percent on April 5. This number does not reflect the upwards pressures on the inflation rate due to the recent market turmoil following Ağbal’s dismissal. Will the new governor be able to cut the policy rate at the MPC meeting on April 15? Not likely, given that the turmoil in financial markets increased the inflationary pressures. Then what was the point of his assignment to the post? Hard to tell. Will the central bank be able to reach its 9 percent inflation goal by the end of the year? Less likely, compared to two weeks ago. Will the central bank be able to hike rates to contain these additional inflationary pressures? That seems even a smaller probability event.

Vaccine, Black Sea and other…

Erdoğan: Main opposition is behind…

Turkey rolls into yet another…

No bid to replace Turkey’s…

New EU and US criteria… 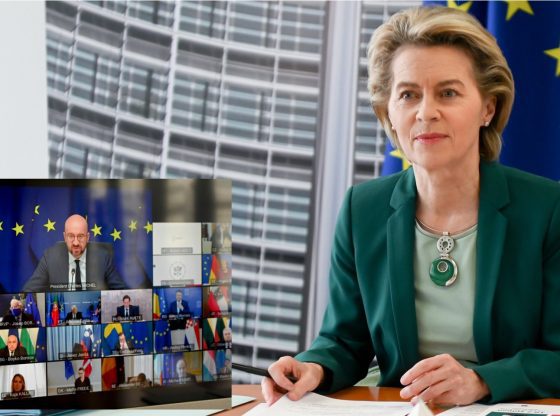 Pros and cons of EU’s…