Biden returned from his Middle East visit without even getting Saudi Arabia’s Crown Prince Bin Salman to accept sanctions on Russia. Erdoğan, on the other hand, is constantly knocking Biden’s door to have face-to-face meeting even though he is accusing the US president of intenting to owerthrow him.

Was there ever a US President before Joe Biden who went to Saudi Arabia and didn’t come back with an exorbitant arms deal? Or an American president who returned home without being able to get what he wanted in oil production quotas, or  without even getting a promise? Let alone that, it could not even prevent Saudi Arabia, one of the world’s largest oil producers, from blatantly breaching the US’s demand for sanctions by buying discounted oil from Russia in order to sell its own oil at a high price.

Even the American Democrats are raging about the jovial fist-bump with Crown Prince Mohammed bin Salman (MBS), whom the president finds responsible for the murder of Jamal Khashoggi. Well, Biden stated that he told MBS that he thinks he is responsible for the murder in face-to-face meeting; so everyone already knew that he is very sensitive about human rights. I am sure that these words of the US President, who came to MBS by himself to continue to stand by Israel against Iran, made MBS laugh inside, let alone scare him. Anyone who caled him a murderer -rightly doing so because of the murder he committed– came knocking his door just like President Tayyip Erdogan.

There is no one who takes the US’s sanction policy seriously, except for the European Union countries due to the fear of Russia and Japan due to the fear of China. Since Japan was prevented by the USA from establishing an army after the Second World War, it is dependent on the USA in its defense. Europe, especially Germany, is paying for the fact that they were able to use all their resources to transform themselves into welfare states by entrusting their defense to the USA through NATO after the Second World War. And, like European consumers, we are paying it with rising oil, gas and fuel prices. Europe’s welfare states lift the burden on consumers with support to some extent. In Türkiye, on the other hand, the consumer also pays for the daily expenses of a government that thinks “ostentation is the requirement of reputation”.

Last week, we saw another example of hypocrisy in the US’s tragicomic sanctions. The USA excluded Türkiye from the F-35 program which is a joint venture that Ankara is a part of, because of the reason that it purchased S-400 missiles from Russia. But now, we learn that USA voted to waive sanctions act for India even though the country has purchased the same system. In addition, in order to prevent India from engaging in new arms deals with China and Russia, the F-35 sales are on the agenda.

In the eyes of the USA, the Middle East means Israel

I did not give this example because I was looking for justice in the sanctions decisions of the USA; I have no such quest. I gave it to show that the sanction weapon has become a useless method of ethnic lobbies in Congress sending salutes to their constituencies. Ro Khanna, an Indian-American member of the House of Representatives, is the one who issued the motion. He was the deputy Assistant Secretary of Commerce under Barack Obama and his acquaintance with the Indian-American Vice President Kamala Harris dates back to that period. He is a person who called for stricter sanctions against Turkey during the Donald Trump era.

A Turkish diplomatic source, who wanted to stay anonymous, said that they observed in the US Congress that the India lobby was working together with the anti-Türkiye lobbies, especially the Israel lobby.

The US has cut its dependence on Middle Eastern oil since it has become self-sufficient in oil and gas production since 2017. This basically meant Saudi Arabia. Only Israel remained. Twenty years ago, the countries that Israel saw as a threat to itself ceased to be a threat one by one with the US-led interventions. Iraq war, Libya and Syria civil wars, Egypt through the coup; only Iran left. (They can’t decide whether Türkiye is a friend or foe.) Israel, on the other hand, has almost taken the US Middle East policy hostage with Iranian threat and its financial and ideological influence on the US administration.

This is the reason why Biden returned empty-handed from his Israel-Saudi Arabia trip, which was announced as the Middle East trip. Saudi Arabia is aware that the United States desperately needs Saudi Arabian support for the defense of Israel in the current circumstances. The Khashoggi murder, the Russian sanctions dissapear on the thin air…

Also last week, the House of Representatives asked Biden to give his approval for the sale of the F-16 to Türkiye, on condition that he does not violate Greek airspace in the Aegean with the motion of Greek and Armenian deputies.

Ankara is silent. Neither the Presidency nor the Ministry of Foreign Affairs made a statement on this matter.

President Erdogan accuses the United States of trying to overthrow him by proxy of Fethullah Gulen, who is from another political Islamist faction than him. This is another summary of the 15 July 2016 coup attempt.

Since July 15, Erdogan has been trying to implement the concept of strategic autonomy, which some European countries have also tried. In other words, the line of fulfilling the minimum requirements of NATO and not binding its defense and diplomacy to NATO and the USA; It is similar to the policy that France has followed for decades. However, the Sweden-Finland membership issue after the Ukraine-Russia crisis, in which Türkiye came to the fore in its diplomacy, showed that even meeting the minimum requirements of NATO became difficult.

When the economy is the priority

Well, then what is the rationale for constantly insisting on meeting the President of the United States face to face? Will your voters vote for you because of this? Or will the capital that you criticize will volunteer to help you, saying, “Look, he finally made peace with the USA”?

This meeting was held once within the framework of the NATO leaders’ summit. This is the meeting where the main opposition CHP leader Kemal Kılıçdaroğlu referred when he said that if they come to power, they will ask  the interpreter what is being said. It is spoken in the diplomatic backstage that Biden wants every other meeting to be held on common grounds and between delegations outside the United States or Türkiye.

Erdogan tends to blame the US, not his own wrong policies, for the economic crisis, but he must have seen with his twenty years of state experience that this has led to major deficits in Türkiye’s foreign and security policy.

Isn’t it the fact that the banking system and the global economy are still dependent on the dollar, that pushes the USA to use the archaic sanctions policy, even if it doesn’t fully work anymore?

When you get carried away in the economy and still convince yourself that everything you do is infallibly right, you find yourself constantly knocking on the doors that you are angry at. 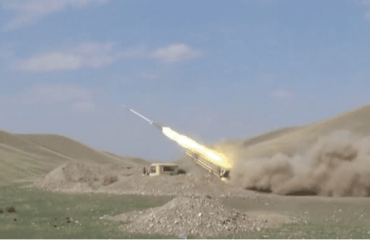 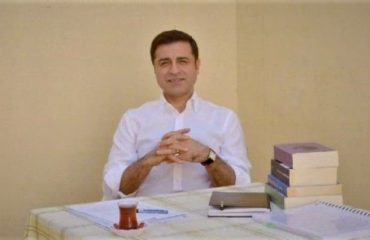 Demirtaş from prison: “Opposition coact if not alliance” 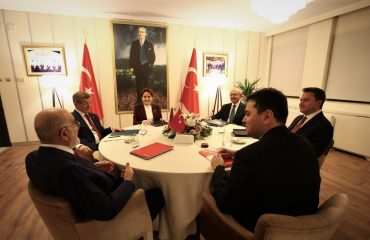 A hit or a gift to Turkey’s six-party opposition table?