U.S. Secretary of State Mike Pompeo has announced that sanctions will be imposed on Turkey in accordance with the Countering America’s Adversaries Through Sanctions Act (CAATSA) of the U.S.

The justification is Turkey’s insistence on not giving up the S-400 missile systems it purchased from Russia. The fact that four bureaucrats were highlighted in the sanctions gives the impression that they do not bother Ankara much. However, the Turkish government’s stance that neglects sanctions, an attitude that we witnessed following the European Union summit on Dec. 10 and 11,  is taking Turkey to a point that it will have to taste the bitter pill in foreign politics, too.

It is remarkable that Pompeo announced that sanctions will be imposed, despite the fact that Donald Trump, whose election defeat was officially declared on Dec. 14, had said the opposite. This implies that Turkish President Tayyip Erdoğan might face a more adverse situation than he expects when Joe Biden takes the helm.

The key issue with the U.S. sanctions is that it freezes the assets of the President of Defence Industries (SSB), İsmail Demir, his deputy and Roketsan manager Faruk Yiğit, the head of the air defense and space department of the SSB, Serhat Gençoğlu, and Mustafa Deniz Alper of the SSB’s naval department, also imposing these four bureaucrats a travel ban. It is understood that the sanctions are related to the S-400 firing trial held in the Black Sea province of Sinop on Oct. 16.

The tradition of resisting sanctions

The Foreign Ministry condemned the sanctions and said it will “retaliate in a manner and time it sees appropriate.” İsmail Demir said he expected the decision, adding that “It will not change our stance, it will in no way affect the Turkish defense industry.” Both the government and the opposition strongly condemned the U.S.

We hope Demir is right and the sanctions that would block specific U.S. export licenses for any goods or technology and any loans or credits exceeding $10 million from the U.S. or other international financial institutions will not hinder the development of the domestic defense industry in Turkey. Note that the declared five sanctions are the lightest ones of the 12 that were asked by the Congress from the U.S. president to choose.

Turkey is not the first example of how Turkey did not care much about sanction threats by its allies. In 1975 the U.S had gone beyond sanctions and implemented a full military embargo, with Turkey closing the Incirlik military base in response. That embargo triggered a breakthrough of the Turkish defense industry with companies such as Aselsan, Roketsan and Havelsan. The EU members’ sanctions in 1990’s over the fight against the outlawed PKK also played a similar role.

Turkey has a tradition of standing against the sanctions policy of its Western allies that is based on their economic and technological superiority.

Political shortsightedness of the US and the EU

Had the sanctions policy yielded results, then the U.S. would have brought Iran, Russia, China, and even North Korea to their knees so far.

It is also noteworthy that three countries reacted to the U.S. sanctions on Turkey this time: Russia as expected, Azerbaijan as the Baku-Ankara ties are even developing further after Azerbaijan’s military operation in Karabakh against Armenia, and Iran, which has suffered significantly from the U.S. sanctions.

The U.S. Congress is doing whatever should be done to push Turkey away from the West and toward the East, which is big political shortsightedness.

Biden is probably aware that the EU cannot make sharp decisions due to the walkaway of the U.K., its impairment of integrity in foreign politics and the burdens of the pandemic, and it wants to hide behind the U.S. in its stance against Turkey. The calendar below explains why the EU postponed its decision on Turkey to March 2021:

Foreign Minister Mevlüt Çavuşoğlu said “Some wish to take Turkey out of  NATO,” when responding to sanctions, showing that the ministry is aware of this.  How about the Presidency? We will see it.

Selim Yenel, the chief executive officer of the Global Relations Forum (GRF), thinks that the heaviest of the U.S. sanctions has already begun. Speaking at Olay TV, the Turkish news channel, late on Dec. 10,  he said Turkey’s oust from the F-35 fighter jet program in 2019 despite it was among the co-producers was the heaviest of all.

The F-35 was a project of strategic importance for Turkey’s air defense. The efforts for the program in 1999, and it was projected that Turkey would replace its F-16s with F-35s as of 2010. It was one of the nine co-producers and the third-largest buyer with 120 orders. Until now, it paid $1.4 billion to the U.S., according to Erdoğan, but the U.S. has seized Turkey’s eight jets in violation of the contract.

Greece says it wants to take these particular planes, just to spite The S-400 is the best air defense missile in the world, and the F-35 is the best combat aircraft. The United Arab Emirates Sheikh Mohammed bin Zayed, a sworn enemy of Turkey, has signed a deal to buy F-35s. Israel has been using them for two years, even in Syria’s border to Turkey.

Towards the bitter pill

Turkey’s biggest success in the defense industry in recent years is unmanned aerial vehicles, and this considered as a new doctrine in tactical terms but they cannot replace fighter jets in strategic planning. The domestic battle tank project is not progressing since it was taken from Turkey’s Koç Holding and handed to BMC. The Su-57 aircraft, the Russian alternative to the F-35s, is still in the testing phase. The date for the debut flight of the TF-X, a fighter aircraft that Turkey and the U.K. and working on, is still uncertain, and it is also not known whether the U.S. sanctions on Turkey will be binding for the U.K. In short, the F-35 project is of strategic importance for Turkey, and Defense Minister Hulusi Akar would confirm this.

Along with the F-35 issue, the ignorance of sanctions, a dominant stance in Ankara today, is taking Turkey to a crossroads in foreign policy. The first half of 2021 seems to be the calendar of such a crossroads. Protecting national interests not bowing to pressure is an approach and it is right. But thinking that national interests can be protected by a strategy of continuous conflict is another political shortsightedness.

Moreover, this strategy of continuous conflict and use of military power in foreign policy has its limits, which are determined by the economic sustainability of countries.

At a time when the president calls on citizens to convert their savings in U.S. dollars into Turkish Lira, we have to consider the economic sustainability of the policy of gain in foreign policy via military power. And Turkey might need to take the bitter pill in foreign policy, as well as the economy, in the first half of 2021. 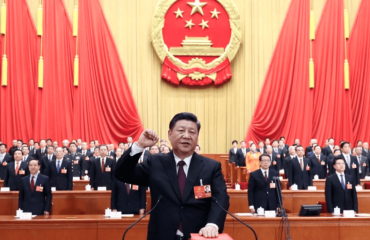 China: “If we won’t stop the USA, small countries can’t” 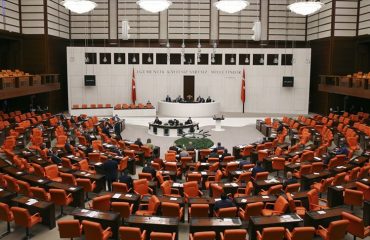 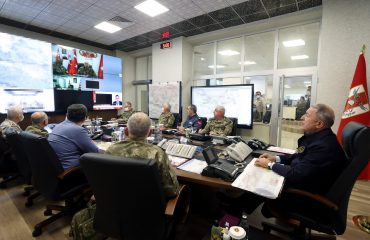