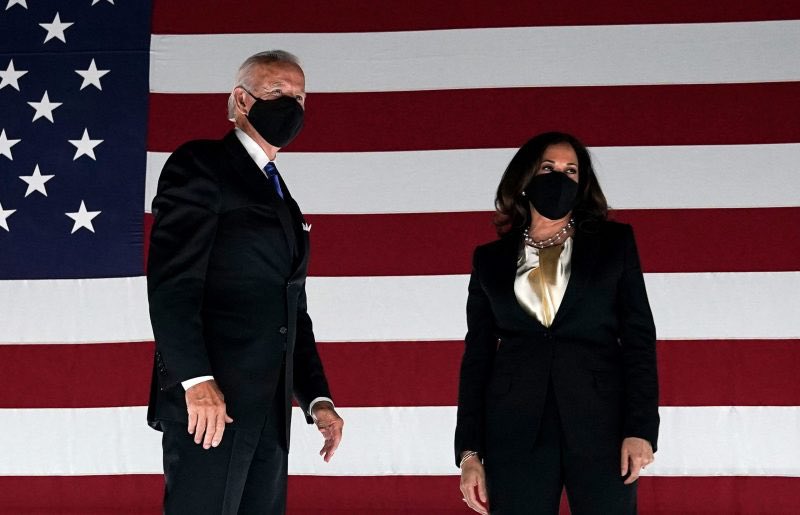 The oldest democracy in the world has just survived an existential crisis. Did the most experienced democracy in the world lack the institutional reflexes needed to protect itself? Is it possible that certain negative externalities from the American Civil War and its racist past still resonated? Or should we assume the problems were caused by more contemporary dynamics such as the global rise of nationalist populism as a reaction to the inability of the liberal democratic world order to solve 21st century problems?

With humanity going through an extraordinary period, and a new world order appearing on the horizon, a better understanding of what happened is pivotal. Without a broader perspective of the dynamics surrounding the recent “civilian coup attempt” that Trump supporters tried to stage in the United States, we cannot provide a meaningful assessment of the future of American democracy or its relationship with allies such as Turkey.

Trumpism, and its so-called “America First” policies, has inflicted severe damage on the post-WWII international liberal order. If the political process in the United States fails to timely recover from the effects of “Trumpism”, the future of liberalism and democratic governance will be at risk. This will not only negatively affect Turkish-American relations but will undermine the American relationship with European countries as well, leaving our common adversaries stronger than ever before.

In the pre-Trump world the concept known as “American exceptionalism” represented American moral hegemony in the liberal world order. This hegemony was based on norms and values but was matched with hard power in the form of military superiority and America’s role as first among equals in respected international institutions. After the defeat of Soviet communism, it was widely assumed that the liberal world order based on American values had survived as the only legitimate global governance system. This assumption helped the advance of fundamental human rights, gender emancipation, international free trade, nuclear disarmament, cooperation on climate issues while incentivizing the establishment of the European Union (EU) and other key international organizations such as the United Nations (UN), the North Atlantic Treaty Organization (NATO), OSCE, INTERPOL, World Trade Organization, World Health Organization, World Bank, IMF, etc.

“American exceptionalism” allowed all stakeholders to implicitly accept a regulatory role by the U.S. using a pre-agreed set of values as a “toolbox.” But the failure of the liberal democratic order to address 21st-century problems and the rise of right-wing populism has rendered democratic governance as we know it vulnerable.

Increasingly more constituents of democratically governed countries feel less represented by the status quo; a feeling that is now even present among traditional supporters of the liberal world order. The pervasive concern is that post-Cold War liberalism favors globalist billionaires, big tech and large multi-national companies but ignores hard-working citizens and families. Even strong supporters of the liberal world order, such as the author of this analysis, are disappointed with the inability of the international community to produce fair solutions to global income inequality while building up massive debt for future generations and failing to address structural problems such as chronic unemployment.

That such structural problems can cause average citizens to move away from democratic governance and international cooperation is a very costly lesson the free world learned in the 1930s. The fact that a far-right party has reached the third-largest position in German parliament while Dutch and French counterparts are doing even better, should be sufficient cause for concern to warrant serious action. Trumpism did not cause these dynamics but is a phenomenon inherently linked to and interacting with these dynamics.

Mr. Trump proved himself uniquely qualified to lead this far-right xenophobe populist revolt against the international liberal world order, which in turn is personified by the American establishment. It should be no surprise that the defining features of his politics were internal polarization, anti-democracy, fundamentalism (evangelism), xenophobia, economic protectionism, tax policies favoring the rich, anti-liberal conservative social and legal ideological policies. These policies negatively resonated and helped shift world politics from multilateralism to a more one-centered order. Anti-institutionalization, the priority of unilateral nationalist interests and aggressive economic policies.

‘China as the new enemy’

For decades the stage of power politics enjoyed a gradual transition from hard power to soft power. The Trump era symbolizes a break with that trend as the use of force –even nuclear force– is once again a more acceptable option to enforce national interest. The determination of China as the new enemy, in addition to Islam, instead of “communism” and “Russia” has been pushed as a viable policy choice while in the Middle East a policy was pursued based exclusively on Israeli interests.

Despite all these dynamics, changes in the demographic structure of American society and the level of intellectual development helped mobilize strong social opposition to Trumpism. This social movement was one of the main factors that determined the election outcome in favor of Biden, albeit by a small margin. Nonetheless, the outcome of the election should not be interpreted as a final defeat of right-wing populism. While Biden might be the president who received the highest number of votes in American history, Trump exited the stage with the highest number of votes any Republican candidate ever received.

The Republican Party led by Trump surprisingly managed to increase its seats in the House of Representatives even though Democrats managed to win the Senate with one vote. In combination with the record number of Supreme Court and judicial appointments of the Trump administration, analysts would be wise to realize a conservative, protectionist, xenophobic and right-wing coalition has increased its votes and will influence American politics with greater weight even post-Trump. International analysts trying to predict the future of bilateral relations between the U.S. and their own country should realize that traumas caused by the Trump era cannot be erased from the American psyche instantly. International trust in American democracy will not be restored until at least one election cycle passes without turmoil.

Under a Biden White House, we will undoubtedly witness a restoration but nobody should expect instant relief and harmony; it will be a difficult evolution that will carefully aim to regain the trust proper democratic governance used to enjoy. If Biden fails to rally popular enthusiasm around his policy goals, this restoration of trust might be delayed and could cause Democrats to lose both houses of Congress in 2022. With Republicans permanently divided, a weakened Democratic Party will undoubtedly enable Trump and his supporters to re-establish themselves on the political stage before the national election in 2024.

A difficult task awaits Mr. Biden and his associates, one that will directly impact the future of democracy. 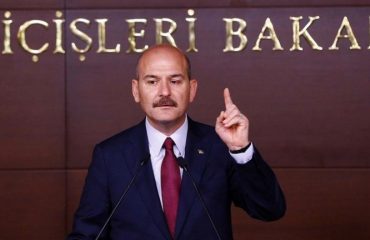 Why did Minister Soylu resign and Erdoğan rejected it? 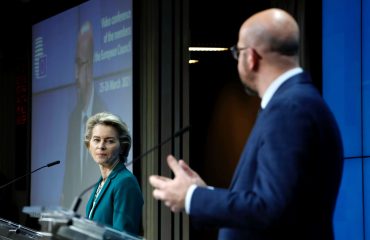 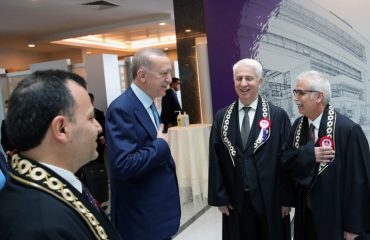 If you cannot change the rulings, change justices and judges