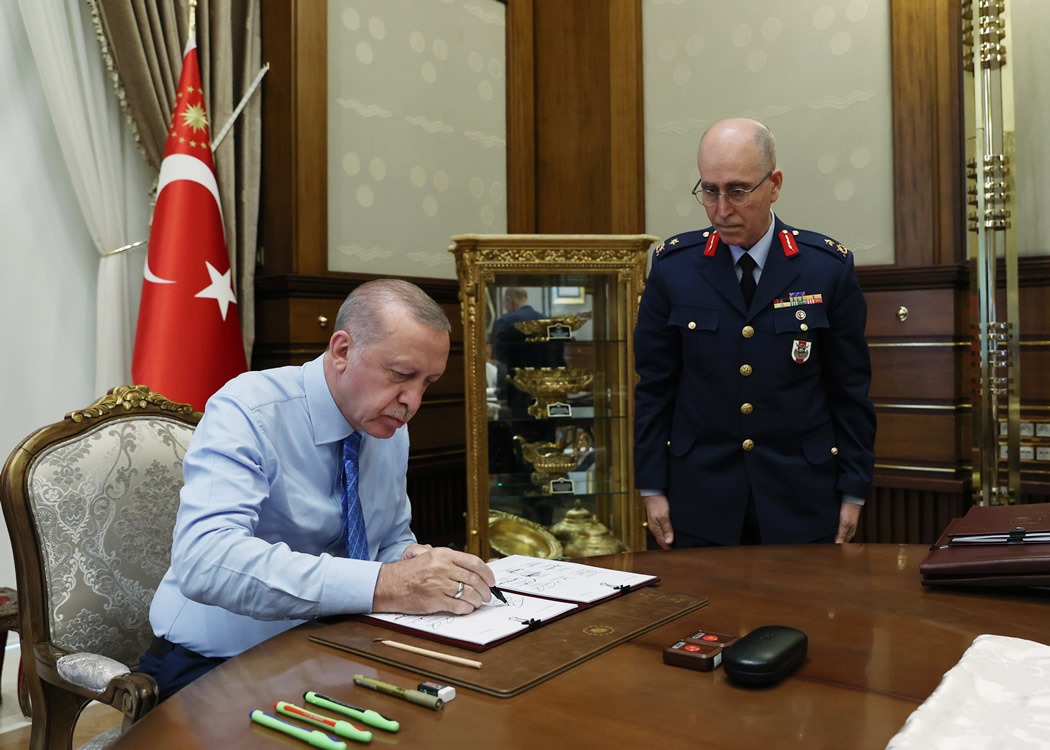 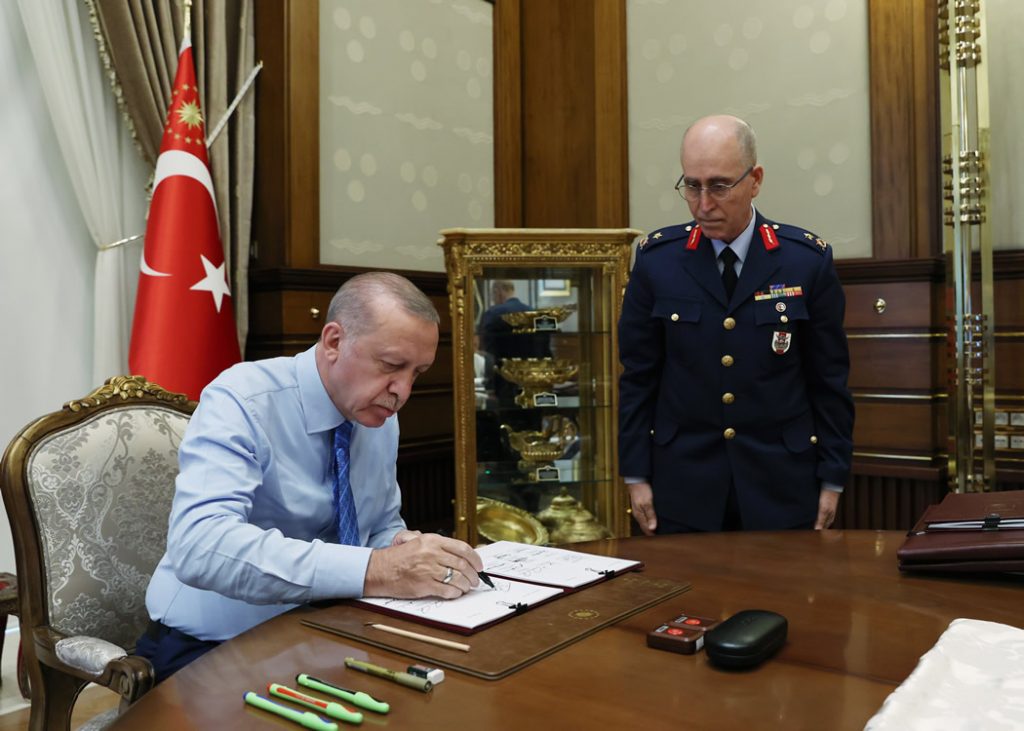 Ankara’s “Claw-Sword” operation against PKK and YPG targets in Syria and Iraq has received moderate reactions from the US, Russia, and Germany, which are all alarmed to stop any possible land incursion. The reason behind the “moderate reactions” lies in Türkiye’s critical role in the Ukraine-Russia War. That is one of the pillars of Erdoğan’s strong statements.

“While we continue our air strikes without interruption, we will strike against terrorists from the ground at the most convenient time for us,” Erdoğan said on November 23 during his Justice and Development Party’s (AKP) parliamentary group meeting, adding that Ankara’s “determination to secure its southern border with a safe zone is stronger than ever.”

Following the operation, the Turkish President repeatedly voiced Ankara’s wish to proceed with the offensive with a land operation, alerting both the USA and Russia, which engage in unusual efforts to stop it.

Same messages from USA and Russia

Let’s first look at the two common points in the messages from the USA and Russia.

1- Türkiye is under the threat of terrorism and has the right to defend itself.

2- However, further operations will cause turmoil in Syria and prevent the fight against ISIS.

In this context, we can add Germany:

“We stand with Türkiye. But, as much as we understand the hard struggle against terrorism, responses must be proportionate, and civilians in particular must be protected,” said German Interior Minister Nancy Faeser in Ankara on November 22.

Interior Minister Süleyman Soylu replied that while civilians were killed on Istiklal Street, the statements would not reflect the seriousness of the issue.

If the intelligence points to the YPG

It is possible to draw some conclusions based on the fact that similar statements have been made addressing Türkiye from all three capitals, all three of which are trying to stop the comprehensive ground operation with a moderate reaction:

1- It is no secret that the USA, Russia, and Germany, like Türkiye, also have effective intelligence sources in the Syrian field. Likewise, it is known that the YPG has been using Arab militias, who were either hired or organised through the SDF, to carry out attacks. The reason behind the moderate reactions that start with “You are right but…” might be the fact that the USA, Russia, and Germany’s intelligence might point to the YPG as a source of the terrorist attack in Istiklal Street in Istanbul.

2- All three capitals may have independently determined that threatening Ankara with sanctions will not be a deterrent at the current stage, as Erdogan’s statements show. It is an interesting detail that the German Minister came and said, “We stand with you, but…” despite the calls to cancel the trip to Türkiye and to protest the Claw-Sword operation in his country.

3- At the current stage, the three capitals may have determined that Türkiye’s ground operation and its continuation are inevitable unless PKK/YPG activities stop. They may want to balance the violence and consequences of such a move, while protecting the PKK/YPG’s use-value.

Messages from Russia, the USA and Germany came one day after Erdoğan first signalled for a ground operation and a school was hit by the rockets fired in the border town of Karkamış, killing a teacher and a child. Erdoğan’s message was stronger a day after, on November 22, and reiterated his “determination” on November 23. He is making a sharp statement.

It can be said that the following elements are behind Erdogan’s statements:

1- The public sentiment in domestic politics is in favour of a fight against the PKK activity in Syria and Iraq. With the exception of the HDP and TIP, no party in parliament is opposed to the operation. The constant calls for “action in the cities” from the PKK headquarters in Iraq and the increasing political competition before the 2023 elections increase the accumulation in this direction.

2- International political actors do not want to anger Erdogan and cause him to act reactively. The main reason for this is that Türkiye stands out for its constructive role in the Russia-Ukraine war. One day after Türkiye’s completion of Operation Claw-Sword and a few hours after Erdogan’s statement about the ground offensive was published, NATO Secretary General Jens Stoltenberg was thanking Türkiye and Erdoğan for the Ukraine grain agreement and prisoner exchange agreements. Likewise, the US and Russian intelligence chiefs held talks on preventing the use of nuclear weapons in Ukraine at the Turkish intelligence MIT headquarters in Ankara.

Sweden, YPG, ISIS and a question

3- From the point of view of the USA and NATO, the most important expectation from Türkiye at the moment is the approval of Sweden and Finland’s NATO membership. Sweden’s constitutional amendment in the fight against terrorism was welcomed in Ankara; however, the concrete results, such as Ankara’s extradition demands, will be expected to happen in January or after. In other words, until then, there may not be harsh reactions from the USA and the EU that will anger Türkiye.

4- On the other hand, Russia wants to see Türkiye as a political and commercial bridge with the West and a breaking point for US and EU sanctions and wants to maintain its relations with it. Syria is in a key position here. Putin wants Erdogan to reconcile with Bashar Assad as soon as possible and to at least ease the crisis in Syria. He believes that softening the crisis in this way will lessen the impact of the US and Iran in Syria on Russia. Such a softening may also relieve Erdogan in the face of the opposition’s pressure on Syrian refugees before the 2023 election. This has a role in Erdoğan’s recent statements about a possible peace with Assad which he made as an election promise.

The question is: If the US’s problem is really only the fight against ISIS, can it stop bearing the political burden of the PKK/YPG and be interested in the cooperation that Türkiye has been offering for a long time?

There’s no sign of that yet, but it’s worth asking a question. 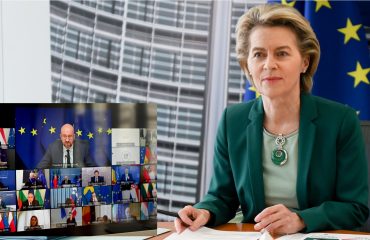 Pros and cons of EU’s ‘conditional’ statement on Turkey 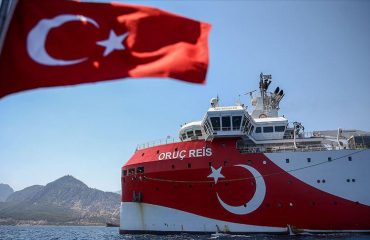 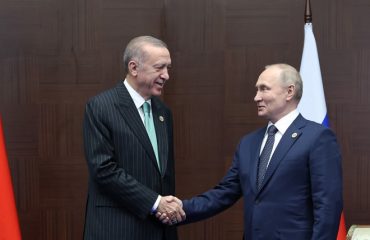