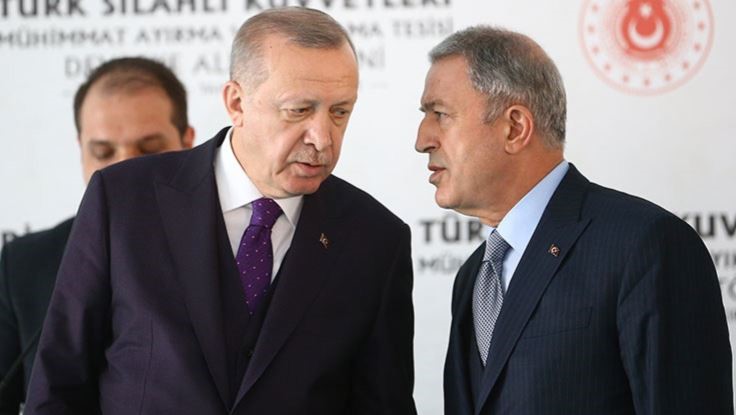 The efforts of the US and Russia to prevent Türkiye’s ground military operation into Syria are intertwined with Erdogan’s preparations for a meeting with Assad and the Ukraine crisis. In the photo, President Erdoğan is seen with Minister of National Defense Akar.

There has been no answer yet to the questions “where, when, or under what conditions will Turkish President Recep Tayyip Erdoğan meet Syrian President Bashar Assad.”

Another question without an answer is whether Interior Minister Süleyman Soylu, who accused the United Arab Emirates (UAE) of supporting the thwarted July 15, 2016 coup attempt through US-based cleric Fethullah Gülen’s outlawed organization, went to Abu Dhabi and was received by “putschist” Mohammed bin Zayed, to extradite Sedat Peker, a convicted mafia boss, who has been posting detailed videos on YouTube targeting senior Justice and Development Party (AKP) officials, especially the interior minister.

It seems that Soylu also adjusted to Erdogan’s recent policy change with the motto “There is no room for resentment in politics,” albeit with a few days’ delay. We may also report on his meeting with the US Ambassador to Ankara, Jeff Flake, soon.

At that point, I will only remind you of the hypocrisy that when the opposition stresses the diplomatic principle “There are no eternal friendships or eternal enemies; there are only interests,” they are declared “traitors,” but when the ruling block implements it, it is regarded as “wisdom.”

Is meeting with Assad a bargain for Ukraine?

There is a close relationship between the possibility of an Erdogan-Assad meeting and Turkey’s preparation to launch a ground operation against the PKK/YPG presence in Syria. Likewise with Erdogan’s effort to bring Russian President Vladimir Putin and Ukrainian President Volodymyr Zelenski together.

It’s no secret that Russian President Vladimir Putin is playing an active role in Erdogan’s meeting with Assad and pressing Erdogan on this issue. Perhaps this meeting soon turns out to be part of Putin’s bargain to agree to meet with Ukrainian President Volodymyr Zelensky. After all, Putin won’t always do what Erdogan wants. At the end of the day, there is the hope of the Nobel Peace Prize.

We can make this assumption because after Erdogan said he would meet with Assad, whom he had called the “murderer,”  Assad began to impose conditions on Türkiye, such as withdrawal from Idlib, acknowledgement of being an “occupying power” in Syria. Finally, in an interview with the pro-Hezbollah Al Akhbar newspaper published in Lebanon, he said, “We expect action from Türkiye, not words.”

If the action that Assad is waiting for is the withdrawal of the Turkish soldiers, how will a new ground operation change the situation?

Both the USA and Russia are taking action to prevent the ground operation.

While he was among those responsible for the Ukrainian operation, Russian Lieutenant General Aleksandr Chaiko, who was dismissed and sent to Syria for his role in the Bucha massacre, met with Mazlum Abdi, the head of the SDF, on November 29 the AP reported. In this meeting, he asked the SDF to withdraw to the south of the 30-kilometer line from the Turkish border, a line envisaged by Türkiye, in order to prevent a ground operation. However, within this border is the city of Kobani (Ayn al Arab), which is critical for the SDF or PKK/YPG.

Russia’s proposal is to leave this place to the Syrian regime’s forces.

However, the USA, which is well aware of the request from the SDF to withdraw to the south of the 30-kilometer-deep security zone in order to stop Turkish ground operations, is against the transfer of Kobani to the Syrian army under Russian influence. The Pentagon’s call on Türkiye not to carry out a ground operation by saying “we are worried” and “our soldiers are still in Syria”, came after Turkish UCAVs hit an oil facility under the supervision of US soldiers in Haseke on November 23.

The difference in approach between the Pentagon, the State Department, and the White House is visible. The Pentagon continues its stance aimed at intimidating Turkey.

PKK’s trust in the USA and Russia

It seems that both the USA and Russia (and we have to include Iran here) are of the opinion that Turkey is even willing to clash with them in order to push the PKK/YPG forces in Syria 30 kilometres south of the border. Russia takes both Syria and Ukraine into consideration. Although CENTCOM displays an autonomous, almost feudal warlord attitude within the American system, it does not want to take the risk of conflict with a NATO country it needs against Russia because of an organisation (the PKK) that its government considers a terrorist group.

CENTCOM acts as if they forgot that they had left Vietnam, Iraq, and Afghanistan before and will stay in Syria forever. The tragicomic side of the matter is that the PKK also believes and depends on this. They either cannot see or do not want to see that the same USA will want to use them against Iran soon.

Because of its relationship with Assad, Russia is closer to convincing the PKK/YPG. However, since the PKK relies on US support through CENTCOM, it does not agree to this for now.

An option to win without fighting?

Putin’s Special Envoy for Syria, Aleksandr Lavrentyev, has openly said that they are “trying to persuade Turkey not to launch a ground operation.” When he says “we cannot withdraw all Kurdish formations” within the 30-kilometer border, he means civilian settlements, but points out the need to prevent attacks on Turkey. Meanwhile, he touches on the Idlib issue and mentions that Turkey has not fulfilled its promise to withdraw HTS forces from the M-4 (Latakia-Halrp) highway. His words, “There is still time to reconcile with Assad,” show this. In other words, it combines the two and offers Turkey the option to “win without fighting.”

However, the United States has offered no option so far, except to say “not attack.” That’s why the possibility of an operation is on the table.

Apart from the US and Russia barriers, could the option of “winning without a fight” be a factor in Erdoğan’s delay in land incursion, which he has been signalling since May? That is not clear yet, but it can be seen that Erdogan wants to continue using the Ukrainian leverage, which he has been using well so far.

Academic arrests: is Turkey shooting itself in the foot again? 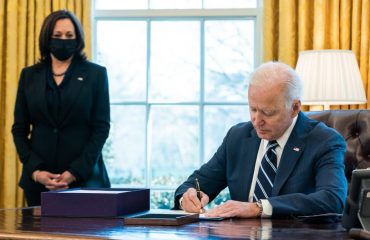