Iranian ex-spy killed in Istanbul and protests in Iran

Home /Iranian ex-spy killed in Istanbul and protests in Iran

On November 27, the Istanbul Police announced the arrest of Iranian Masoud Molavi Vardanjani’s murder suspect “Abdülvahap K.” and 4 others helping him following an operation in Arnavutköy district. It was a joint operation by the Police and the National Security Organization (MIT). A day earlier, on November 26, U.S. Secretary of State Mike Pompeo had said that the murder of Masoud Molavi, “the Iranian regime opponent who sought asylum in Turkey” was proof of the Iranian regime’s extreme aggression.
Vardanjani was murdered with eleven shots as he was walking with a friend in Istanbul’s Şişli district. This was one day before protests erupted in Iran, where at least 143 people were killed so far, according to the Amnesty International figures, and denied by the government.
Masoud Molavi has been living in Istanbul. Since March 2018 he was broadcasting news from Iran using his video channel “Black Box” which he used through the Telegram app. This broadcasting brought him the title of a “journalist” in the West but the news weren’t limited to the corruption allegations in Iran or the economic problems faced due to U.S. sanctions. They also included secret information about the Iranian Ministry of Defence, the Revolutionary Guards and other intelligence services.
Mike Pompeo, who was Director of CIA before becoming Secretary of State, expressed in his November 26 statement that 20 thousand videos about the events in Iran were delivered to them following the internet shutdown by the Iranian government. It’s worth noting here that the Telegram private communication app was found on the phone of one of the ISIS leaders, Ismail el-Ithawi (who was arrested in Turkey’s Sakarya province in February 2018 and repatriated to Iraq). The app then was used by the Iraqi intelligence and the CIA used to lure a number of other ISIS members.

How did Vardanjani reach secret information?

Was Vardanjani just a dissident journalist or an able double cyber-spy?
Masoud Molavi Vardanjani was considered one of the prodigies of the cyber-world. He was born in Isfahan in 1982. He had just graduated from the Islamic University of Najafabad, in 2006, when he designed and built “robotic birds” that were later used by the Iranian military intelligence. In 2008, while pursuing his graduate studies in computer engineering and cyber technology at the University of Tehran, he invented voice recognition systems using Artificial Intelligence. In the following year, 2009, he simultaneously designed a health inspection system used by the U.S. Space Agency, NASA, and developed a new generation of mine-clearing robots for the Iranian army. In 2010, when he graduated, he developed and manufactured the first unmanned helicopter to be used in pioneering reconnaissance and intelligence operations. In the same year, he developed an LCD screen system which understands and executes commands in 5 different languages for the Japanese company JVC; at the time, this was accepted as the most advanced AI application in the world. He enhanced his PhD studies on AI in the U.S. at the Georgia Technical University in 2011, then at the University of Arizona in 2014. According to cybershafarat.com, Vardanjani was given the “Ethical Hacker” certificate. Meanwhile, in 2013, he undertook the consultancy for the Iranian operation on ZTE, one of the Chinese telecommunication companies (the other being Huawei) under the close watch of the U.S. and Western intelligence network Five Eyes.
But as he was doing all that, he was also working as the head of the Cyber Defense Headquarters of the Iranian Ministry of Defense from 2010. Once he used to be one of the key staff members of the Iranian cyber intelligence and cybersecurity systems.

Cyber clashes between the U.S. and Iran

The cyber-war dimension of the tensions between Iran and the United States (in which Israel and Saudi Arabia are also involved) has just begun to come to light. Security websites claim that the US Cyber Command (CYBERCOM) conducted two cyberattacks on Iran. One of them was reportedly carried out in June 2019, after the Revolutionary Guards attacked Norwegian and Japanese tankers in the Persian Gulf. The other reportedly took place in September following a drone attack on Saudi Arabia’s two oil fields carried out by Iran-backed Yemeni militants, avoiding the protection shield by the U.S. Patriot missiles air defense missiles. Sites also claim that U.S. cyberattacks targeted Iran’s Cyber Defense Command computers (designed by Vardanjani) and that a significant amount of data was erased from their memory disks.
In 2007, Iran was subject to the first-ever known cyberattack in history; its nuclear program was heavily damaged as a result. Upon the CIA’s request, the Israeli secret service MOSSAD in collaboration with the Dutch intelligence service AIVD infected the centrifuge system of Iran’s uranium enrichment facility in Natanz, with athe Stuxnet digital virus. It was after this attack that Iran government decided to establish the Cyber Defence Headquarters and brought Masoud Molavi Vardanjani as the head of it.

Was the Iranian service behind the murder?

There’s yet to be an official statement by the Turkish police, but Vardajani’s remarkable personal history, his broadcasts about Iran from Turkey since March 2018 and that the protests erupted in Iran just after he died caused speculations in media whether the Iranian intelligence service VAJA was behind his murder.
Iranian Saeed Kerimian, owner of GEM TV, a Persian broadcast channel based in Istanbul, and his business partner Muhammad al-Mukhtar of Kuwait, have been killed on April 30, 2017, by attackers disguised as women in chadors in Maslak district of Istanbul. Regarding the murders, the outlawed People’s Mujahideen group has blamed Iran’s intelligence. The Iranian government, on the other hand, blamed the People’s Mujahideen who wanted to take revenge on Kerimian for leaving their organization.
Kerimian had dual Iran and U.K. citizenships and Vardanjani had dual Iran and U.S. citizenships.
Whether Vardanjani was only a “dissident journalist”, or a cyber-spy who was converted from the Iranian intelligence to the CIA, or a double-cyber-spy working for both Iran and the U.S. is unclear for now. Similar to the case of former British special forces officer and acclaimed secret sercice MI6 agent James Le Mesurier, who was directing the Syrian White Helmets and found dead near his house in Istanbul on November 11.
Meanwhile, Iran is still in flames of unrest. 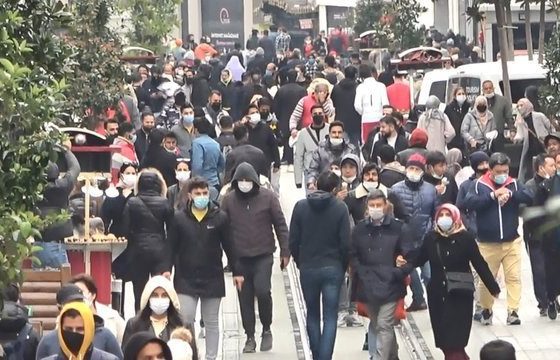 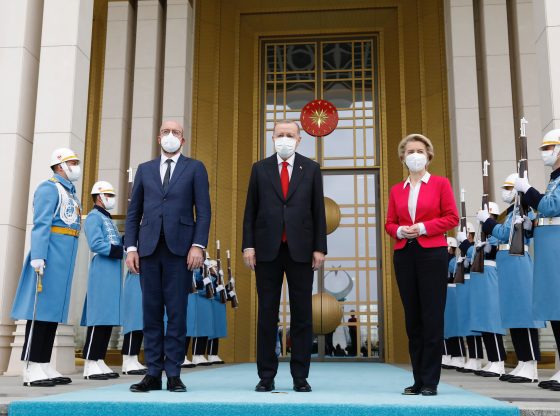 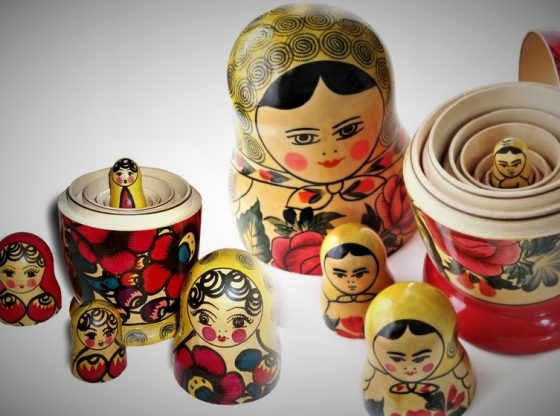 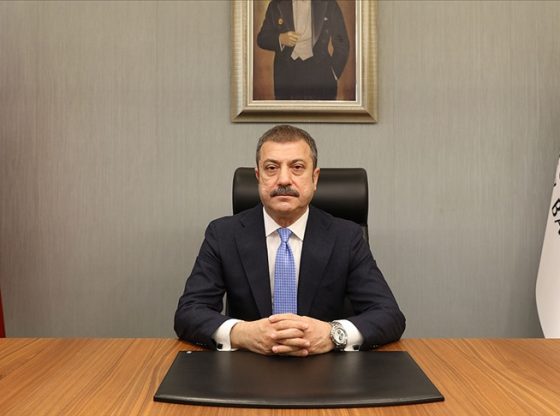 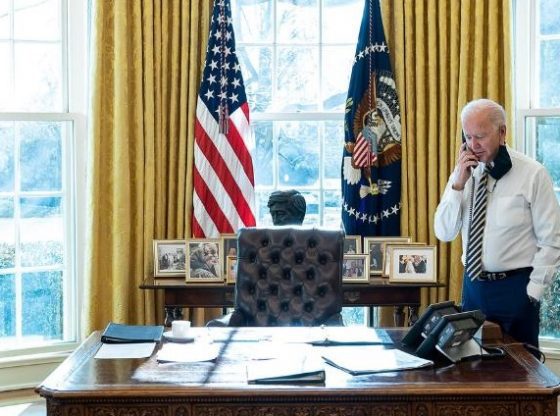 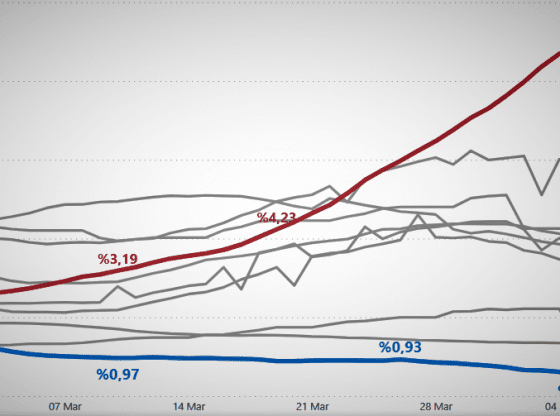 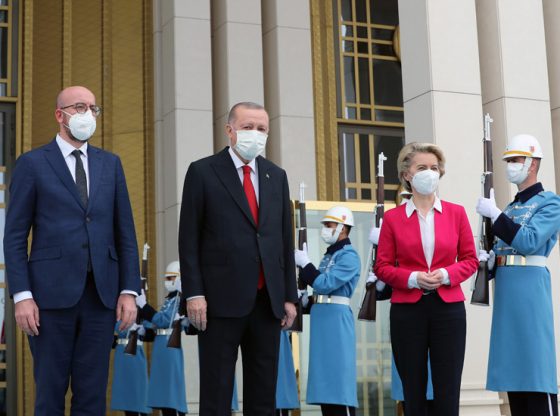