Turkey turns its face to US after winds shift with Russia 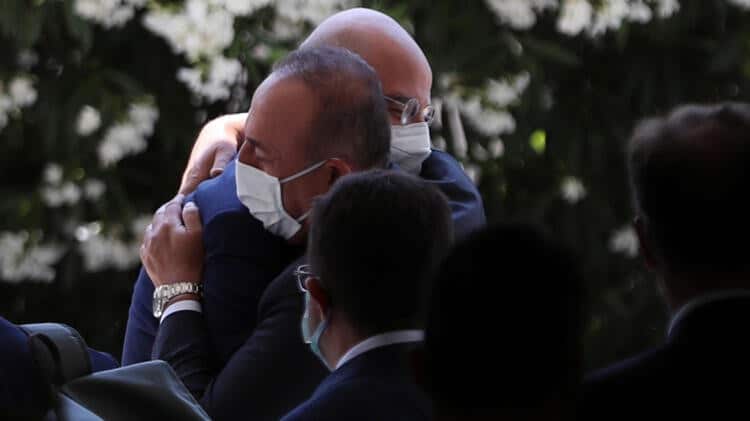 President Tayyip Erdoğan’s relation with Russian President Vladimir Putin is not like it used to be after the five years of close ties. Winds have changed since the Ukraine crisis. On May 31, when Putin extended the flight restriction to Turkey for another month, Ankara’s expectations that the current account deficit would be narrowed through income from Russian (and German) tourists was damaged, and things changed a little bit more. We understand from the statements of Foreign Minister Mevlüt Çavuşoğlu to Turkish journalists who followed his visit to Athens on the same day that Erdoğan seems to have rather focused on mending ties with the U.S. And Çavuşoğlu said “The United States has a wish to work closely with Turkey”, implying that Turkey’s approach is not one-sided.
Still, Turkey’s approach to the U.S. is not limited to the winds of change in relations with Russia. There is also the fact that the Turkish lira cannot recover against the dollar. We had cited two reasons why Erdoğan did not respond harshly to U.S. President Joe Biden’s declaration of April 24 as the Armenian Genocide Remembrance Day and one of them was the lira’s weakness. If Erdogan had retaliated the Central Bank and public banks’ reserves could have failed a new dollar shock. Another reason was Biden’s promise to meet with Erdoğan in a phone talk one day before. This meeting is expected to be held within the framework of the NATO Summit, which will be held face-to-face in Brussels on June 14.
Currently, the closest target for Turkish foreign policy is to sustain this meeting safe and sound.

US diplomat’s visit to Turkey

A meeting between Çavuşoğlu and U.S. Secretary of State Antony Blinken prior to the leaders’ meeting is also important. “Either I will go or Blinken will come,” Çavuşoğlu said in Athens. It is understood that there was a preliminary meeting on the agenda with the U.S. Deputy Secretary of State Wendy Sherman, when she visited Ankara last week. She presented the “Women of Courage” award to Canan Güllü, President of the Federation of Turkish Women’s Associations, in Ankara. Still, no one should be optimistic about the sign of an expectation about democratization before the Erdogan-Blinken meeting. Because what Çavuşoğlu was talking about are the usual political and military issues.
The matters that Çavuşoğlu and his deputy Sedat Önal spoke to journalists about are all related to Russia: Turkey’s purchase of Russian S-400 missile systems and the U.S. response to expel l it from the F-35 fighter jet program, the existence of YPG, the outlawed PKK branch in Syria, the Ukraine issue and Turkey’s sale of armed unmanned aerial vehicles. One exception was the issue of Fethullah Gülen, the U.S.-resident number one suspect in the case into the 2016 coup attempt in Turkey.

The winds of change during Obama rule

The Turkey-U.S ties started to change during the rule of Barack Obama and as Çavuşoğlu implied between the lines, today Democrats are back in power in the U.S. This introduces risks but also opportunities. It is a risk because both the Democrats who are against Erdoğan and the Republicans in Congress expect Biden to take a tougher stance against Turkey. It is an opportunity because if a compromise can be found with the Democratic administration in the U.S. at a time when mutual relations are at their lowest level, this will be a breath of fresh air for Erdoğan in the economy as well as politics.
This common ground seems to be NATO.
Erdoğan is aware that NATO is the limit for the U.S. and also the European Union administrations to force Turkey.
Biden, too, is aware that when he pushes Turkey, this should not be too hard and result in bringing it closer to Russia (and Russia’s strategic partner, the U.S.’ main adversary, China). At the NATO Summit, Biden will also meet with European leaders, European Council chair Charles Michel and European Commission chair Ursula von der Leyen. These talks are also important for Turkey ahead of the EU Summit on June 25 and 26.

Çavşoğlu and Greek Foreign Minister Nikos Dendias were engaged in an exchange of words during a joint press conference in Ankara in April. This time in Athens the duo were hugging each other in a warm meeting, which might positively contribute to the NATO Summit, the EU Summit and the Erdoğan-Biden meeting. (It is obvious that the agreement on mutual recognition of Covit vaccines is mostly in the interest of Greece, mainly because it will lead to an influx of Turkish tourists to the Aegean islands.)

Turkey-Russia ties in a nutshell

Here is the picture of Turkey-Russia ties in a nutshell. After Turkey shot down a Russian plane on the Syrian border in 2015, relations were mended just three weeks before the coup attempt in 2016 and entered a bright period after Turkey decided to purchase the S-400 defense system. Putin was aware that Erdoğan’s decision to hold military operations in Syria was independent of the United States, as he thought Washington was behind the coup attempt against him.

In the meantime, Turkey became the factor that stopped the U.S. expansion in the east of Syria along the Euphrates River, and the expansion of Russia in the west in Idlib. This tension reached its peak at the beginning of 2020 when 34 Turkish soldiers were killed near Idlib. Likewise, if Turkey had not intervened in the Libyan turmoil, Haftar, supported by Russia, would have won. Azerbaijan was an unexpected move for Putin. If Putin had not put his weight, boundaries could have changed because the Turkey-backed Azerbaijani army had the scattered Armenian army in the operation to reclaim its soil back.

In other words, before the Ukraine problem flared up, serious others arose in relations with Russia. Prior to the visit of Ukrainian President Volodymyr Zelenskiy to Turkey in early April, the meeting between Erdoğan and Putin was key. Two weeks before that, Ukraine had hit a Russian-made tank during a drill near the Belarus border with a TB2 armed drone that it bought from Turkey. Despite Putin’s warning, Erdogan backed Ukraine. Then, just before the start of the tourism season, Putin reduced the flights to Turkey until June 1 on grounds of the pandemic. A few hours after Çavuşoğlu said in Athens that no one could interfere with Turkey’s UAV or other weapons exports, Russia extended the flight restriction until at least the beginning of July.
So, along with Greece, France and Germany, Russia will also be curiously observing what will come out of the Erdoğan-Biden meeting.

A detail on TB2 drones and the Missile Shield

Poland has become the first NATO and EU country to purchase TB2 armed drones from Turkey. While explaining this, Çavuşoğlu pointed out the importance of Romania, as well as Poland, to change its arms purchase specification from being an “EU and NATO member” to being an “EU or NATO” member.

This is important because Poland and Romania are among the countries in the EU that have the closest military cooperation with the U.S.

One of the five early warning radars of the Missile Shield project, developed by the U.S. against missile attacks that could come from Russia, Iran or South Asia, is located in Kürecik it the eastern Turkish province of Malatya. The missiles linked to this radar are stationed in Romania, Poland.

Currently, Ukraine and Poland, two neighbors of Russia, possess TB2s. This would not disturb the U.S. The TB2s began to occupy a place in Turkey’s U.S.-Russia balance.

This situation seems to be compatible with Turkey’s need to stay close to the U.S. in foreign policy, especially against new dollar shocks and economic troubles. 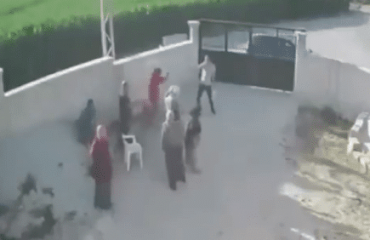 Massacre in Turkey triggers debate on racism against Kurds 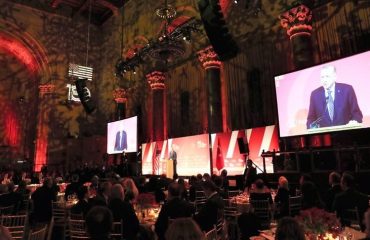 Propaganda by Turks to Turks but in New York 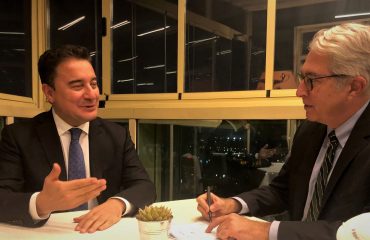 DEVA leader is hopeful: “as if waking up from a nightmare”